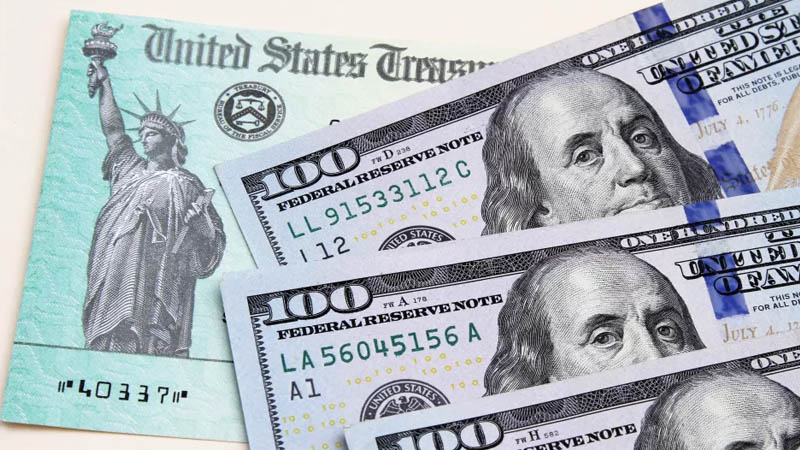 A fourth stimulus check, though unlikely to pass, could bring additional economic relief to eligible Americans. But how much relief, exactly?

As it stands, there’s no active legislation supporting a fourth stimulus check, so there isn’t a specific stimulus check amount on the table. The most notable financial proposal in government right now is President Biden’s $2.25 trillion infrastructure investment plan, also known as the American Jobs Plan.

The American Jobs Plan doesn’t include a fourth stimulus check. Instead, it’s a long-term initiative to rescue, recover and rebuild the economy in the years after the pandemic.

In response to President Biden’s initial proposal, a group of lawmakers sent a letter urging the inclusion of stimulus checks in the next bout of relief legislation. The group has specifically called for recurring payments, meaning those who are eligible would get more than just a fourth stimulus check.

In the latest letter, the group did not clarify how much money recurring stimulus checks could be worth. For reference, the first stimulus check equalled $1,200, while the second stimulus check brought $600 to eligible Americans. The third stimulus check, which the IRS is still in the process of distributing, is worth up to $1,400 per person, although the eligibility requirements are narrower.

An earlier stimulus check proposal suggested $2,000 monthly payments until the pandemic is over. Representative Ilhan Omar tweeted that she wants to see $2,000 per month in late January.

Recurring stimulus checks won’t be easy to pass. The White House is already struggling to convince enough lawmakers of the $2.25 trillion infrastructure plan.

The general sentiment is that a fourth stimulus check isn’t likely. That said, it’s not too late to see if you’re owed money from previous stimulus checks. Use our stimulus check calculator guide to find out how much you might be eligible for, if you haven’t already. It doesn’t hurt to check your calculator amount against your actual payment amount to see whether you were sent the proper payment.

Fake Vaccines Exposed? Is This How Fauci Got His?