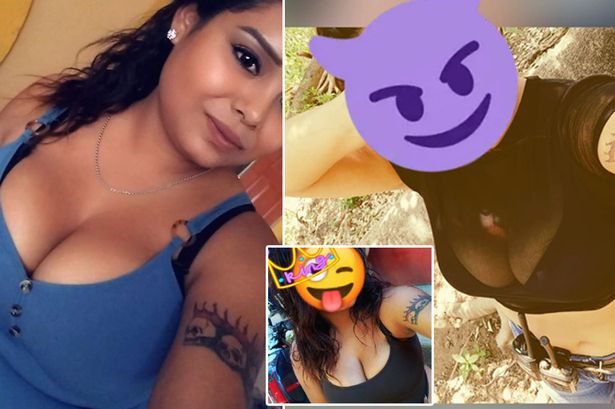 A glamorous Mexican woman who loves posing in low-cut tops while brandishing assault rifles is believed to be a fearsome cartel assassin known as La Cholita who likes to taunt her rivals with sexy snaps.

La Cholita, who is suspected of being an assassin for the Los Viagras criminal group, reportedly likes to taunt rivals of the Jalisco New Generation Cartel (CJNG) with snaps of her posing with guns while hiding her face behind emojis.

In the video, where she is heard speaking but not seen, La Cholita taunts the CJNG, led by Nemesio Oseguera Cervantes, alias El Mencho, about how they abandoned a pickup truck and fled like cowards.

According to the newspaper Infobae, the turf war to gain control of the Mexican state of Michoacan is between CJNG and an alliance called Carteles Unidos, with cells belonging to Los Viagras as well as Nueva Familia Michoacana and Blancos de Troya.

One of the most conflictive parts of Michoacan State is the municipality of Aguililla where El Mencho was born.

CJNG has only recently announced a fresh offensive in Michoacan and to fight the Carteles Unidos, claiming they want to free the local population of cartel terror.

The postings by the young woman is just part of a growing social media war between criminal gangs threatening each other and justifying their actions, and constantly making allegations that local security officials are working with criminals.

Michoacan, which is one of the Mexican states most affected by organised crime, is also famous for its avocados, producing 70 percent of the world’s avocados as well as many other agricultural products.

However, the state it is also a strategic drug route for criminal gangs.