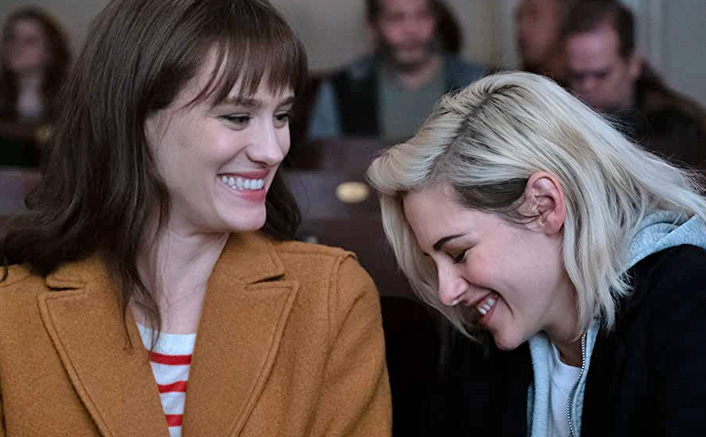 The film Happiest Season follows a young woman, played by Kristen whose plan is to propose to her girlfriend played by Mackenzie Davis while at her family’s annual holiday party. Much to her disappointment, she discovers that her partner has not yet come out of her conservative parents’ shadow.

The film was released late last month and since then it has earned the distinction of having garnered more subscribers for the service than any previous release, reports Variety. The film has also set new high marks for social media mentions on Twitter.

Kristen Stewart, who came out openly as a bisexual quite some time back, previously during an interview with People, said, “I think I’ve wished to see a gay Christmas rom-com my whole life. I’m so happy and proud of Clea for bringing this into the world. I love when a holiday movie makes you long for an idea of home but also examines how hilarious and hard reality at home can be sometimes.”

Meanwhile, the Twilight actress, during an interview with Variety, was asked about the debate that gay actors should play gay roles. Reflecting on the same, she said, “I think about this all the time. Being somebody who has had so much access to work, I’ve just lived with such a creative abundance.

You know, a young white girl who was straight and only really was gay later and is, like, skinny – do you know what I’m saying? I so acknowledge that I’ve just gotten to work.”

Kristen Stewart also added, “I would never want to tell a story that really should be told by somebody who’s lived that experience … Having said that, it’s a slippery slope conversation because that means I could never play another straight character if I’m going to hold everyone to the letter of this particular law.”

5 Things to Know About Dakota Johnson

Selena Gomez Reason for Giving the Justin Bieber Another Chance