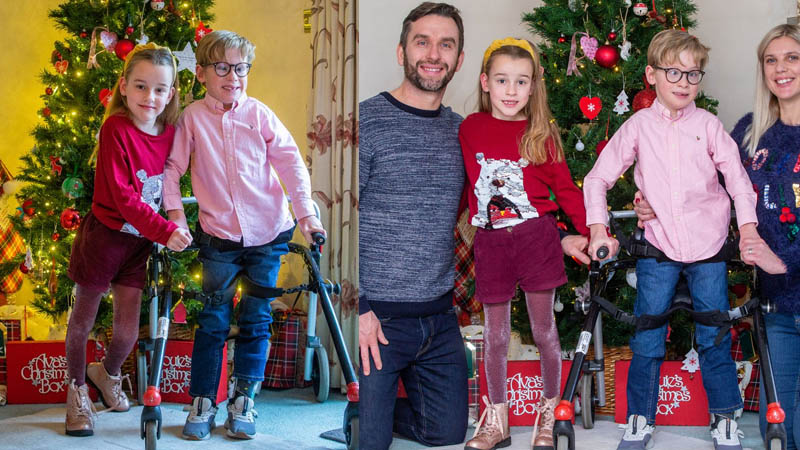 This story is about eight-year-old boy who has no legs and he was yearned for magic legs. After getting an artificial leg. His life become as a joyful. Louie Elbourne, eight, had the same op to help him walk as twin sister Ava, after £70,000 was raised in only 24 hours.

The twins are suffering from cerebral palsy but while Ava was given surgery during a three-year NHS pilot in January 2016, but boy Louie’s case was considered too complicated. After a prolonged struggle he able for walk.  Now he can play football with his father and also able to riding a specialist bike.

Mum Emma, 39, said Louie had previously been “in constant pain and unable to do anything for himself” but now describes the football and rugby-obsessed lad as the “happiest, funniest and cheekiest boy”.

Emma added: “We would really like to thank the Mirror readers for giving our children an active and joyful life.”“So to see his little face light up as he kicks a ball is just magical.

“Louie has achieved milestones we never thought possible and wouldn’t have happened without the surgery. Watching him… able to do what most kids take for granted, really is truly amazing.”

This new COVID-19 weapon is being rolled out, and ‘will end the war’