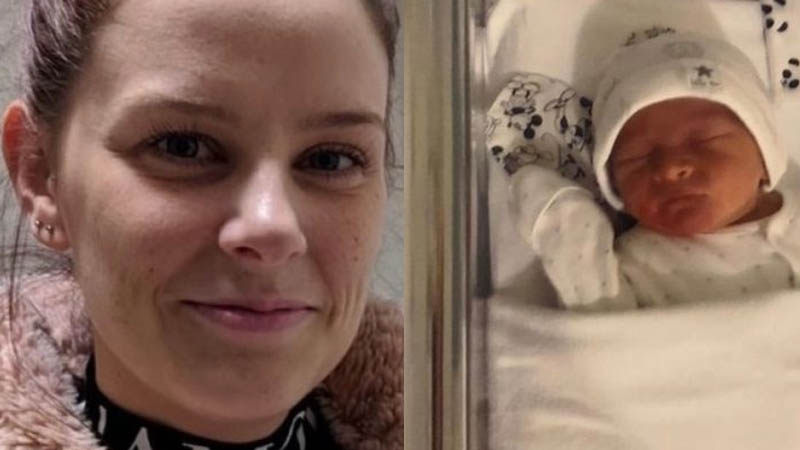 A young woman who had always wanted to be a mum has tragically died just hours after giving birth to her first baby.

Heartbreaking tributes have poured in for Chelsea Pearce, who died after suffering fatal blood clots.

The 29-year-old from Halifax, who worked as a health visitor, has left family and friends devastated following her sudden death.

Her family have described her as “beautiful and selfless” and also said they have lost a “huge part of themselves”.

Paying tribute through tears, Chelsea’s mother Colette Pearce said the last time she saw her daughter was when she dropped her off at the hospital to have Roman, reports YorkshireLive.

Colette said: “My last time seeing her was to have the baby and I never saw her again.

“I can’t think of any words to say, she was still my baby. I don’t know how to word what I feel because I just feel like my heart has been ripped out.

“It was her first baby, she wanted a baby so much. She was baby orientated.

“She wanted to become a midwife then she became a health visitor and she felt the time was right to have a baby. She talked to him at night, she was always holding her stomach. She just couldn’t wait to have him.”

Chelsea, who was due to give birth on December 4 through a planned C-section due to an underlying health condition with her lung, was rushed to Calderdale Royal Hospital on November 26 by her mother after her waters broke.

She was monitored overnight and gave birth the following day at 7.41am following the surgical procedure which the family said ‘went well’ with no complications.

But just hours later, she was found collapsed and not breathing by a midwife after she got up to go to the toilet. The staff sat her up and she began to breathe again.

Tragically, the blood clot in her lung began to move to her heart which caused it to stop. They managed to revive her but it stopped once more shortly afterwards.

Chelsea was even given medicine to help thin the blood clot and an emergency hysterectomy but she sadly died that evening.

Rhea Proctor, girlfriend of Chelsea’s brother Nathan, said: “Chelsea always wanted to work with children and she studied really hard to become a midwife. Her dream was to be a mum, that’s all she ever wanted, to be a mum. Everything in her life revolved around babies, she just wanted to be a mum.

“She has four nieces and nephews, she treated every one of them as her own.

“I’ve received messages from her friends. I’ve had one from someone who she was their health visitor for and she said how lovely she was. Her colleagues said she was a lovely caring person who left no stone unturned. All the messages have been emotional saying how much they loved her.

“Her family feel like they’re empty and have lost a huge part of themselves.

“She was a beautiful person, she was selfless and thought of everyone else no matter what, even if she didn’t know them she did everything for them. She would’ve gone out of her own pocket for people as a health visitor.

Speaking about Roman, Rhea added: “He’s absolutely fine, Chelsea is absolutely drilled into Roman. He’s taken to his bottle she would’ve been proud Robbie (Chelsea’s partner) is desperate to follow everything she told him to look after the little boy.”

The family have thanked everyone, including Guardian Funeral Care in Bradford, which is helping them with funeral plans for their support. A GoFundMe page has been set up to raise money to new father Robbie and newborn Roman.

Read the original article on dailystar

Woman, 24, gets texts threatening acid attack – only to find it was her boyfriend

Man Rails Against Biden at Gas Station in Viral Video—’I Want My Trump Back!’