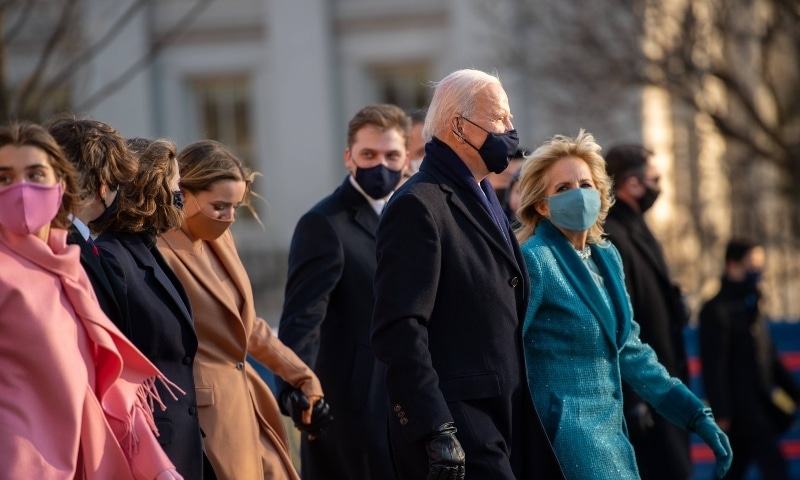 Just have a look at the political conditions over the last decade, you will understand that whenever some scandal happens the administration has to face disparate treatment.

Barak Obama has people who lied about the terrorist attack on American when four people were killed and the media say that the biggest scandal was wearing a tan suit.

For Trump, instead of Obama’s targeting of conservatives via the IRS receiving two scoops of ice cream was a bigger story. Similarly, Ivanka Trump said something about Goya Foods and the media claimed that she had violated rules.

So, it is a normal routine to treat these scandals like the way Biden’s administration is being treated. As RedState reported weeks ago, there are serious issues surrounding millions of dollars in stock owned by Secretary of Energy Jennifer Granholm.

That stock is in Proterra, an electric vehicle company that is being actively promoted by the Biden administration. Further, Granholm being the Secretary of Energy means she gets to make regulations that can directly enrich herself.

Now, the situation has gone out of control when Granholm seems to have defaulted completely on her initiative to sell her stock and leave the board of the company in question.

President Joe Biden and Vice President Kamala Harris’ efforts to sell their green agenda and infrastructure plan are being complicated by a thorny conflict of interest for Energy Secretary Jennifer Granholm — who stands to gain a windfall from stock options in a private electric vehicle company.

Last month, Biden took a virtual tour of Proterra, a company Granholm holds millions of dollars invested stock options in and previously sat on the board of. During the tour, Biden praised employees and the CEO for their work in the electric vehicle space.

“Chairman, let me say something quickly to you. The fact is you’re making me look good,” Biden told the company’s head executive, before pledging to come back in person at a later date. “I used to have a friend that said it’s always great to do well and do good — you’re doing both pals. You really are.”

Granholm, with this position, owns this stock is scandal enough. She is pushing an “infrastructure” plan that seeks to transfer the government’s gas-burning vehicle fleet to electric cars, trucks, and buses. If it is true, she has probably been making millions.

Trump elected in the first place and Washington D.C. is back open for business, and the usual suspects are benefiting. That’s the reason they fought for the former president, who was so brutal. Not only clear threats through the tweets, but it was also a danger to the finances.

The media should be criticizing the Biden administration over this, not just via obscure internet mentions, but on their primetime programs. The Government Accountability Office should be losing its collective mind because Democrats always get a pass.