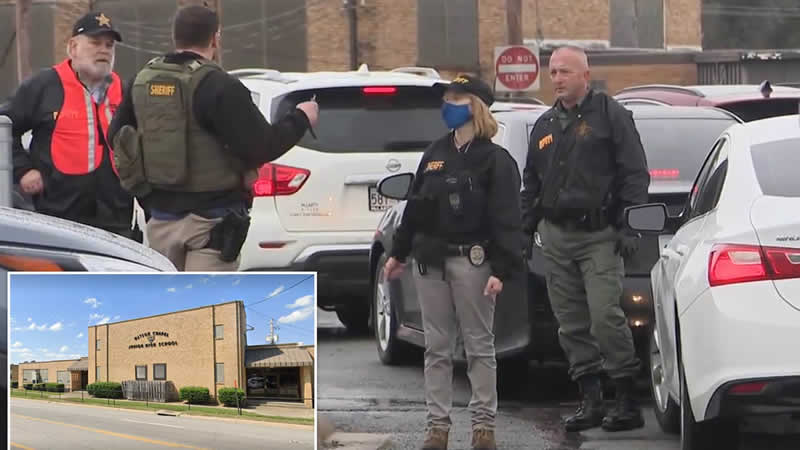 A 15-year-old boy has been shot at his school in Arkansas, allegedly by a fellow student, police said.

The teen, the only one hurt, was hospitalized in very serious condition, police said. On Monday afternoon, police incorrectly said the teen died.

The suspect, also a 15-year-old boy, was found hiding behind a house near the school, police said. He has been taken to the Juvenile Justice Center and is awaiting charges, police said.

All other students were safe, the Watson Chapel School District said, calling the shooting an “isolated incident.”

Police said a motive isn’t clear but the shooting was believed to be targeted, not random.

Monday marked the first day of on-site learning for students in Pine Bluff, about 44 miles south of Little Rock.

Editor’s Note: The Pine Bluff Police Department issued a correction Monday saying the student who was shot at Watson Chapel Junior High School Monday has not died. Police said they released bad information to the public.

Dog Too Weak To Move In Woods, Concealed Gifts That Were Depleting Her