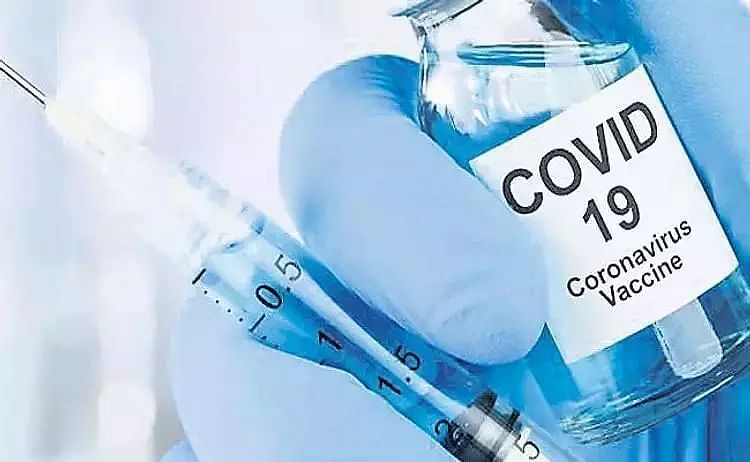 How many times do we have to hear Fauci talk about those dreaded variants?

Because of those variants, we don’t know the effectiveness of the experimental jabs.

So, stay at home, social distance, and wear 2-3 face diapers.

I’ve reported on this before here but the Fake News Media continues to blatantly ignore an ominous trend with the global COVID-19 vaccination rollout.

With the exception of a couple outliers, the countries that have vaccinated the most people all witnessed a sudden surge in COVID-19 cases.

Israel, United Kingdom, Serbia, Chile, Hungary, United Arab Emirates are some of the countries to experience this.

Although I’ve noticed this conspicuous trend that the media refuses to discuss, I certainly don’t have the answers.

However, a recent study from Israel may shed some light on the issue.

It appears that recipients of the Pfizer experimental mRNA jab are more susceptible to COVID-19 variants than unvaccinated individuals.

And with those pesky variants running rampant around the world, could more vaccinations lead to more COVID-19 infections?

Does it mean the experimental jabs are causing more harm than good?

Don’t expect the mainstream press to ask that question.

Question, hypothesize, and research to find the answers.

And this new study raises alarming questions regarding the experimental Pfizer jab that warrant further research.

A new study by Israeli researchers found that a South African variant of COVID may put people who have been vaccinated with the Pfizer-BioNTech vaccine at higher risk of breakthrough infection compared to unvaccinated people.

The study also showed an increased incidence of the UK variant in those who received one dose of the Pfizer shot.

The study, released April 10, reviewed the positive COVID-19 test results of 800 people — 400 people who tested positive for COVID 14 days or more after they received one or two doses of the Pfizer vaccine against 400 unvaccinated people to see if those vaccinated were more likely to be infected with the UK or South African variant compared with unvaccinated individuals.

The South African variant, B.1.351, was found to make up about 1% of all COVID cases across all the people studied, according to the study by Tel Aviv University and Israel’s largest healthcare provider, Clalit.

But among patients who had received two doses of the vaccine, the variant’s prevalence rate was eight times higher than in those unvaccinated — 5.4% versus 0.7%, Reuters reported.

The research suggests the vaccine is less effective against the South African variant, compared with the original COVID variant and a variant first identified in Britain that had comprised nearly all COVID cases in Israel, researchers said.

“Based on patterns in the general population, we would have expected just one case of the South African variant, but we saw eight,” Stern told The Times of Israel. “Obviously, this result didn’t make me happy.”

However, Stern said that the sample size was too small to put a figure on its increased ability. “We can say it’s less effective, but more research is needed to establish exactly how much,” she said.

Jim Jordan’s Nuclear ‘Rant’ Against Dr. Fauci Speaks for Americans Fed Up with Violations of Their Liberty