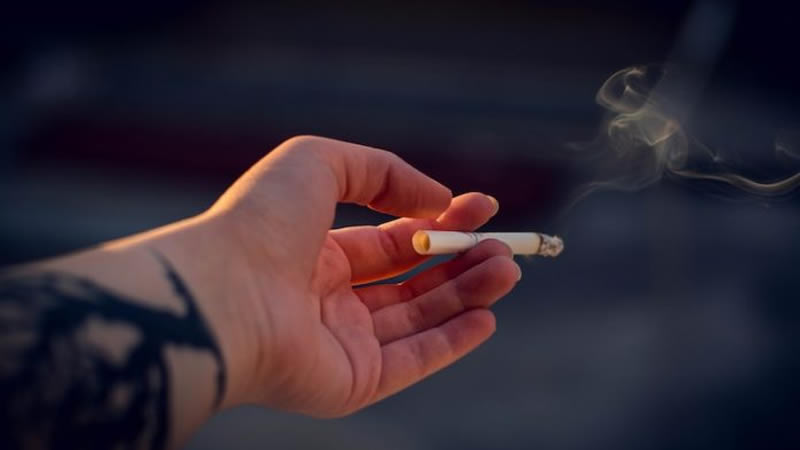 In a new study from Wake Forest School of Medicine, researchers found that many adults with a history of heart disease continue to smoke cigarettes and/or use other tobacco products, despite knowing it increases their risk of having another heart disease event.

To understand how many adults with heart disease continue to use tobacco products, investigators reviewed survey responses from the large, national Population Assessment of Tobacco and Health Study (PATH).

The participants of the current study included 2,615 adults (ages 18 or older) with a self-reported history of heart attack, heart failure, stroke or other heart diseases.

The team found nearly one-third of study participants (28.9%) reported using tobacco. This percentage translates to approximately 6 million U.S. adults who use tobacco despite a history of heart disease

Among the tobacco products used by study participants:

The use of other tobacco products was uncommon.

In the final survey four to five years later, fewer than a quarter of smokers with heart disease had quit using tobacco.

Participation in a formal smoking cessation program dwindled from 10% of respondents during the second wave of the survey to approximately 2% by the end of the study.

The researchers were surprised that so few cigarette users with cardiovascular disease were part of a formal smoking cessation program.

It was also concerning that despite the well-documented benefits of stopping tobacco use after a CVD diagnosis, few people had stopped smoking over the course of the five-year study.

If you care about heart health, please read studies about how to chomp away plaques that cause heart attacks and findings of this common drug may increase risk of heart disease.

The study is published in the Journal of the American Heart Association. One author of the study is Lindsay M. Reynolds, Ph.D.

Is the Queen at Royal Ascot today? Charles, Camilla and Anne attend on day two

Get Your Metabolism Soaring in the Morning With These Tricks