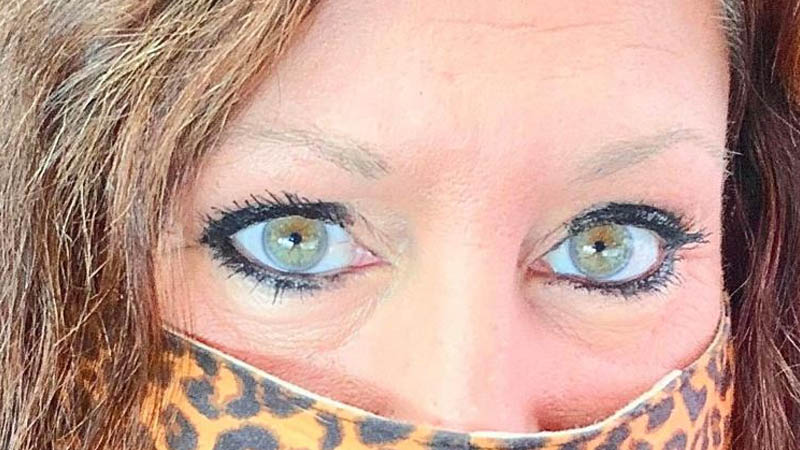 And now, Delta Air Lines is saying she is right — and is issuing her that apology they said she is due.

Mary Rosecrans, a professional photographer from Southgate, was booted off a flight aboard a Delta aircraft at Detroit Metropolitan Airport headed to Las Vegas on Aug. 23.

She was told she was removed for non-compliance of the airline’s face covering requirement.

She pleaded with a woman she described as a security guard who escorted her off the plane, along with two other passengers, insisting that she had her mask on since boarding the flight and was in compliance at all times.

After a story telling Rosecrans’ detailed account of the incident was published in The News-Herald, she was contacted by Susanna Curtis, executive assistant to Ed Bastain, CEO of Delta Air Lines, Inc.

The two spoke on the phone and after Curtis listened to her account, Rosecrans received a  communication from the executive assistant.

“I am very sorry for this interaction,” Curtis said in her letter to Rosecrans. “We will take internal action on the rude behavior you experienced.”

Curtis said she was sending Rosecrans two vouchers in the amount of $500 in an email and told her to let her know when she was traveling again and she would be happy to reach out to ensure she has a “seamless traveling experience.”

She gave Rosecrans permission to inform the media their response, saying that “Delta has made this right for you.”

Rosecrans said it doesn’t make what happened to her right, but certainly does make the situation better.

The Southgate resident said she appreciated the apology and the sincerity shown by Curtis.

“She said she could tell by the passion in my voice I was telling the truth,” Rosecrans said.

Rosecrans was angry after reading a newspaper report that said a passenger who refused to wear a mask delayed the flight and was taken off the plane.

The ordeal began after Rosecrans boarded the flight and she had a brief conversation with two men, who she said were brothers, sitting near her.

One of the brothers was scolded by an attendant and told to fix his mask properly over his nose and mouth, and she said he complied.

“The way she scolded him like a child was not nice,” Rosecrans said. “She definitely was 100 percent the problem.”

A few moments later, the brothers and Rosecrans were being escorted off the flight.

She said she tried to explain she didn’t know the men and always complied with the requirement.

No one had even approached her about her mask, she said, but all three were taken off the plane.

The wedding party aboard the flight tried to intervene on her behalf.

Rosecrans said she was frantic and in tears.

By the time it became apparent she was never in violation and traveling with a bridal party, Rosecrans said she was told she still couldn’t get back on the flight.

Click here and then look to the right side for the sign up to the morning newsletter for The News Herald, and you can get the top headlines de…

A fueling issue allowed her to return to the flight, but she said she was warned to keep her mouth shut.

“I was told you better go back to your seat and shut your mouth,” she said of the attendant. “I was just a wreck. I was treated so badly.”

Now that Delta has reached out to her, she said she feels a lot better about flying with the airline. Her job calls for travel all over the world and she didn’t want to be banned from flying Delta.

Rosecrans said she has no idea why the two “middle-class businessmen” were escorted off the plane.

She said the man who was scolded fixed his mask and it should have ended there.

According to Rosecrans, the men actually fought for her to remain on the plane and they confirmed that they were not traveling together and didn’t know one another.

Rosecrans said she was puzzled why other passengers who were not wearing their masks during the long flight were not taken to task for it, but said she didn’t say a word about it for fear of some form of retribution.

Click here and then look to the right side for the sign up to the morning newsletter for The News Herald, and you can get the top headlines de…

She did; however, take some short video clips.

Curtis requested to see her videos and Rosecrans has sent them.

The Southgate frequent flyer said her ordeal is going to be discussed in an upcoming meeting and maybe they are fixing a big problem.

Now that an apology has been made, she said she is putting the ordeal behind her.

What is ‘Mask Mouth’, You Should Know Because It Can Be Serious

Dr. Fauci has just dropped this new warning for all states in the US