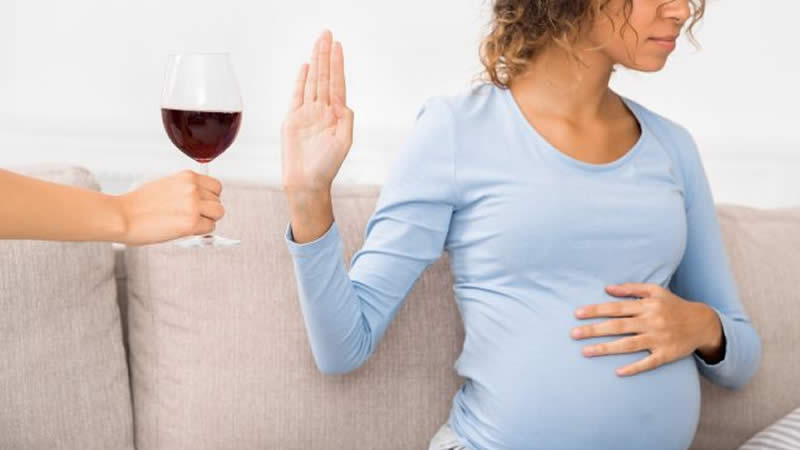 There is one thing which you never mix up and that is Alcohol and pregnancy. How badly alcohol may affect you and your baby is any one’s guess and potential harmful effects even the smallest amount of alcohol has on a developing baby, sometimes hard to be predicted.

In United States of America all the public health officials recommend that pregnant women, as well as women who are trying to conceive, play it safe by steering clear of alcohol entirely.The alcohol travel too quickly through your bloodstream, crosses the placenta, and reaches your baby. It may not be hard for your body to break down alcohol but your baby’s body breaks down alcohol more slowly than you do, so she may end up with higher levels of blood alcohol than you have.

There may not be any other occasion when woman has to be extra careful than Pregnancy, it is a time when the mother has to take utmost care to ensure good health for herself and her baby. After being pregnant there are certain things which must not be continued like smoking, drug abuse and alcohol consumption during pregnancy.

What no one wants is any damage to their baby but during the first and last trimester, any of the above can cause irreparable damage to the baby.

There are numerous side effects of drinking alcohol during pregnancy. If mother keeps on drinking during her pregnancy then she is increasing the chances of miss carriage and still birth. It does not matter what amount of quantity you consumed during your pregnancy, as little as one drink a day can raise the odds for having a baby with a low birth weight and raise your child’s risk for having problems with learning, speech, attention span, language, and hyperactivity.

One research shows that pregnant mothers who consumed as little as one drink every week are more likely than nondrinkers to have children who later exhibit aggressive and delinquent behavior. Another study suggests that girls whose mothers drank during pregnancy are more likely to have mental health problems.

It is also medically proven that babies of drinking mothers during pregnancy have abnormally small heads and brains, as well as heart, spine, and other anatomical defects. The issues of mental retardation, delays in physical development, vision and hearing problems, and a variety of behavioral problems are also result of drinking during pregnancy.

There are many women who either satisfy themselves or out of ignorance present a baseless idea that small quantity of alcohol is not damaging to health but the matter of fact is there is no safe level of maternal alcohol consumption for the safety of the fetus. Ideally, alcohol should be totally abstained from, especially during the first trimester.

Bottom line is women who are attempting to become pregnant should also avoid all alcohol. The plain reason for this is because you never know when you might become pregnant and drinking at this early stage could have devastating consequences. More importantly, drinking might make it more difficult to conceive in the first place so it is just not a good idea.

How To Be Hipster

Alcohol should be ‘strongly’ avoided after Covid-19 vaccine, warns expert

CDC Just Updated Its Parameters; Typical Routine of Life Is Coming Back