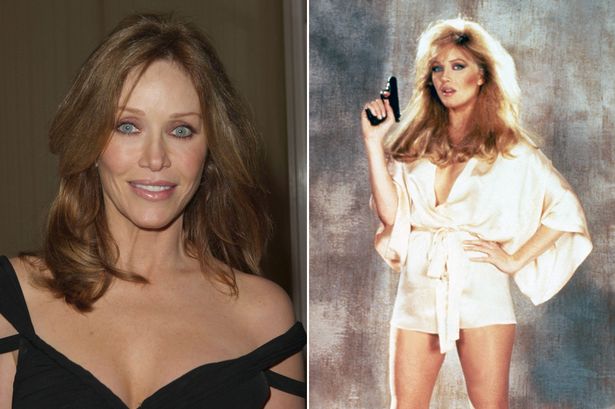 James Bond star Tanya Roberts is said to still be alive, despite her rep announcing that she had died over the weekend.

According to US website TMZ, Tanya’s husband, Lance O’Brien, has now confirmed that his wife is not actually dead.

Tanya’s rep, Mike Pingel, confirmed to media outlets that Tanya had passed away after “collapsing” on Christmas Eve.

Pingel also sent out a press release that revealed she had died at Cedars-Sinai Medical Center in Los Angeles.

Pingel said in a statement: “I’m devastated. I’ve been friends with Tanya for over 20 years.

“She was full of boundless energy and we always had the best times. She was truly an Angel and I will miss her so so much.”

Upon reporting the news, TMZ also claimed Pingel said: “As I held her in her last moments, she opened her eyes.”

However, the website is now reporting that Mike has said Tanya is not dead.

According to TMZ, Lance called Pingel on Monday morning from the hospital to inform him that Tanya was still alive.

TMZ added that Lance “truly believed Tanya had died,” according to Pingel.

Upon hearing the news that she is alive, people were quick to take to Twitter to comment on the bizarre situation.

One person tweeted: “they are saying Tanya Roberts is alive!?!? WHAT IS THE TRUTH.”

She was also part of the iconic Charlie’s Angels, and played Julie Rogers, a character who helped the trio of Angels get to the bottom of crimes.

She also had a lengthy role on That 70’s Show as Donna Pinciotti’s mum, Midge.

She once said, reflecting on her time as a Bond Girl: “At the time I didn’t know what I know now, and to be honest, who would turn that role down, really?

“Nobody would. All you have to think to yourself is, ‘Could I have been better in the part?’ That’s all you can say to yourself because turning the part down would have been ridiculous, you know? I mean nobody would do that, nobody.”

She added: “I was very young and I did what I felt was the right choice to make.”

How to Take Care of Eyelashes?