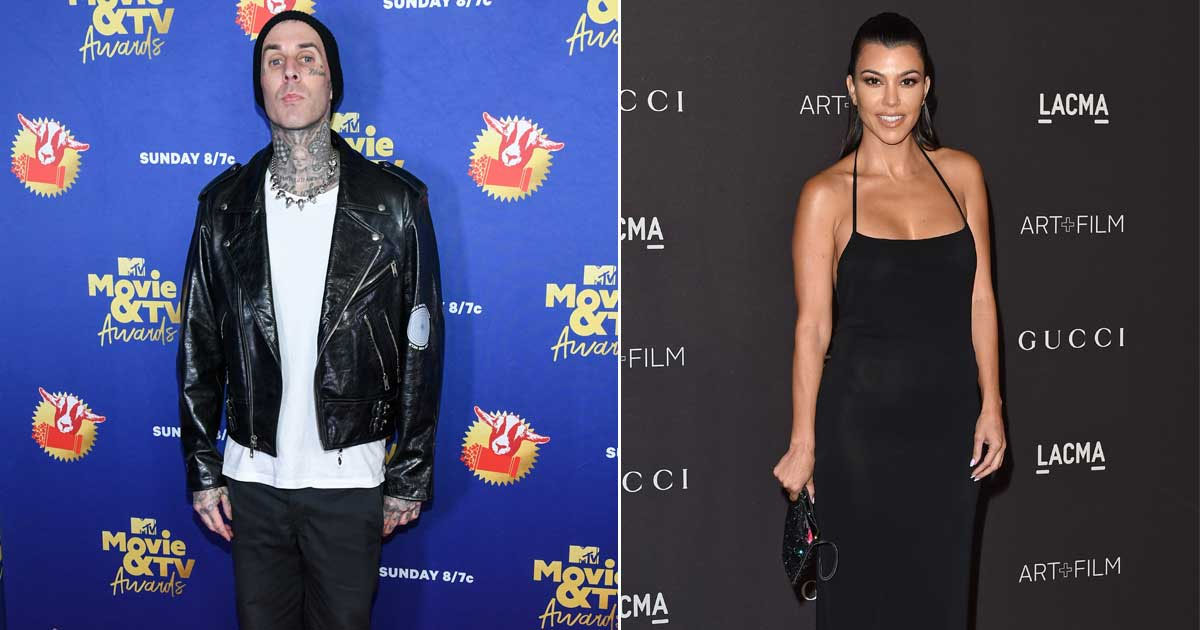 The Blink-182 drummer has two children, Landon and Alabama, with ex-wife Shanna Moakler.

Musician Travis Barker with Kourtney Kardashian has full support to the next level from his children to take his involvement.

The Blink-182 drummer Travis Barker has two children, with ex-wife Shanna Moakler Landon and Alabama. According to the reports aceshowbiz.com, The children have reportedly encouraged the idea of his father tying the knot with Kourtney, a source told Life & Style.

The source said “(The couple) may be ruffling a few feathers with their extreme PDA (but the kids) aren’t bothered by it. Of course, they roll their eyes, but they’re hip kids, they get it,” the insider went on. (The teenagers are) content with the way everything is right now. It’s such a cliche, but they are just one, big happy family,”.

Source continued “(Travis’ children think) Kourtney Kardashian is super cool, especially Alabama. They talk about dating boys and makeup,” the insider continued stating. “But what matters to them is that their dad is happy,”. Lately for her new business enterprise along Kim Kardashian has also been in the news with sisters Kourtney Kardashian and Khloe Kardashian, and their mother Kris Jenner.