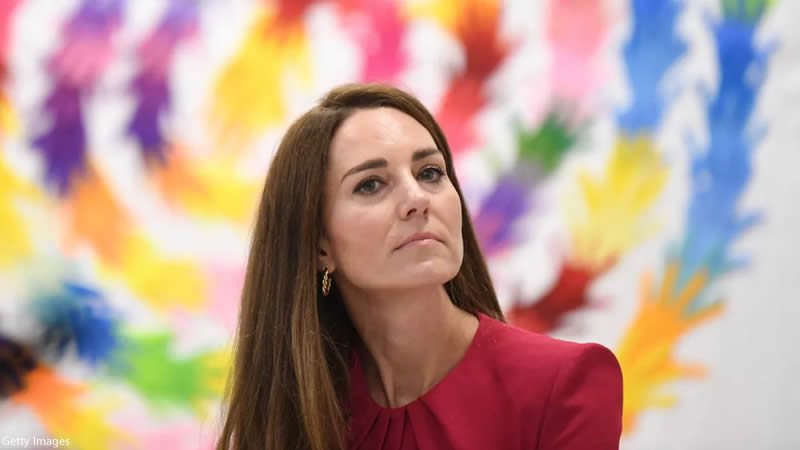 Kate’s Hidden Tears: Royal Insider Claims ‘Kate’s so upset. She Really Hoped That Harry Could Have Stayed In London Longer So They Could All Spend Time Together

Unfortunately, the family did not have a big happy reunion.

It was never going to be easy for the Cambridges and Sussexes to come face to face after two years of feuding.

But it was a meeting Kate hoped would go well so the couples could finally put their differences aside.

Despite Meghan’s best intentions, things didn’t go as planned, and Harry and Meghan flew back to the United States before the Jubilee celebrations were even through.

“Kate’s so upset. She really hoped that Harry could have stayed in London longer so they could all spend time together,” tells a royal insider.

Kate seems to go to considerable measures to avoid a run-in with her sister-in-law, given their history.

She saw Meghan entertain the Tindall and Phillips children from a separate window in the Major General’s office during Trooping the Colour.

According to sources, Harry and Meghan were expecting a “warmer welcome” during the day. They reportedly skipped a post-Trooping lunch with all the cousins who didn’t show up on the balcony, as well as their partners.

As per New idea, the next day was even more distressing for Kate, as Harry and Meghan were made “second-row royals” during the Thanksgiving Service.

“But Meghan made a strong passive-aggressive [move] by turning her head away as Catherine walked past which was disrespectful and childish.”

Man kills co-worker over an alleged affair with his estranged wife, but the woman claims she and defendant were split after 3-month relationship: authorities