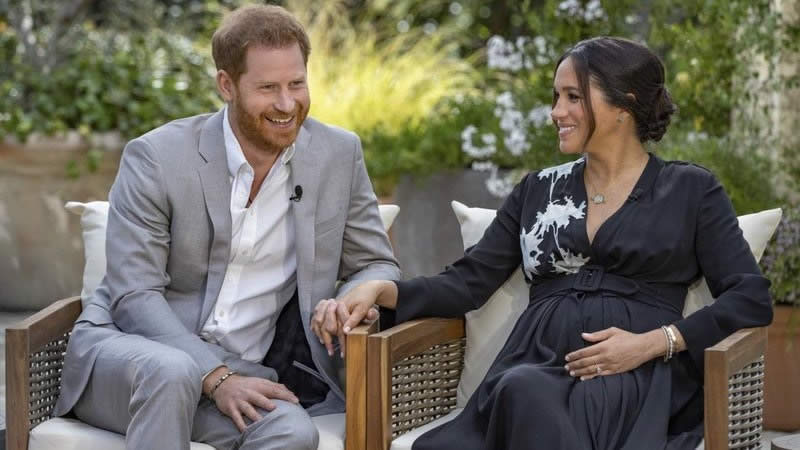 The Queen Opted to “Sleep On” Her Response Before Releasing Official Statement About Prince Harry and Meghan Markle’s Interview with Oprah Winfrey: New Book

Queen Elizabeth II chose to “sleep on” her reaction to Prince Harry and Meghan Markle’s explosive interview with Oprah Winfrey, according to a new book.

Staffers struggled to craft a response to the March 2021 interview after the couple made a wave of allegations against members of the British royal family, according to “Courtiers: The Hidden Power Behind the Crown” by The Times of London’s royal correspondent Valentine Low.

The book was released in the United Kingdom on Thursday.

“Less than a week after The Times story, the courtiers faced another massive challenge: how to deal with the Oprah interview. There had been so many allegations made by the couple – about racism, about security, about Meghan’s mental health – that it was hard to know where to start,” Low wrote.

Low went on to say that racism allegations within the British family remained a source of contention.

“The private secretaries and communications secretaries had long debates about how to deal with the issue, especially what one of them awkwardly called ‘the R-word,'” Low wrote. “That had come up because of remarks that a member of the royal family supposedly made about the color of Harry and Meghan’s future baby’s skin,” he continued.

According to the author, around 2 p.m. the day after the interview aired in the U.S, workers prepared an official statement, but Buckingham Palace chose to remain silent.

“And then precisely nothing happened. The palace stayed completely silent because the Queen decided that she wanted to sleep on it. She was not going to be rushed into saying anything precipitate,” Low wrote. “It was a reminder that, while courtiers might do all the groundwork, the final decisions are made by the royal family.”

Low concluded that “at the age of ninety-four, the Queen was very much still in charge. The four-sentence statement was eventually released just before 5.30 p.m. the following day.”

Buckingham Palace said in its official statement that the “whole family is saddened to learn the full extent of how challenging the last few years have been for Harry and Meghan.”

“The issues raised, particularly that of race, are concerning. While some recollections may vary, they are taken very seriously and will be addressed by the family privately,” the statement continued.

Harry and Meghan were heavily criticized in the explosive interview. The couple claimed that the royal family “silenced” Markle and that members of the royal family discussed how dark their son’s skin would be before his birth. During the interview, Harry also claimed that his family was unaware of the racist coverage of Markle in British tabloids.

The interview also widened the schism between Prince William and Prince Harry, who were rumored to be feuding publicly.

Following the interview, Prince William denied the racism allegations to British reporters and confirmed that he had not spoken with his brother.