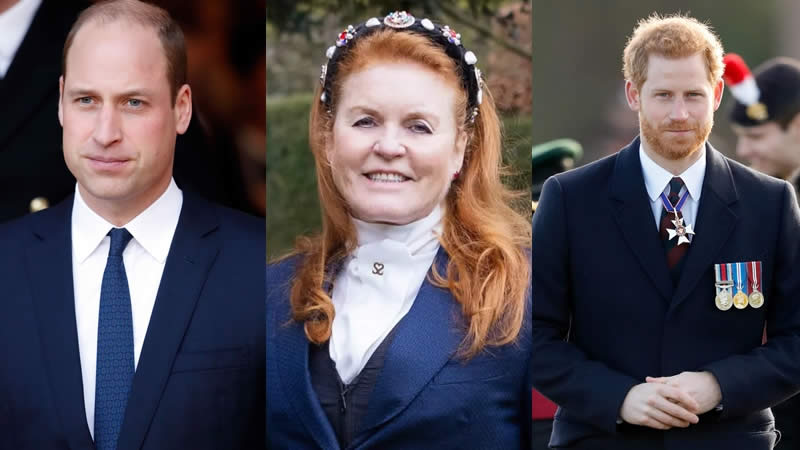 Sarah Ferguson seems to have hinted at reconciliation between Prince William and Prince Harry, who have been at odds for a long time.

The unveiling of the Princess Diana statue last month, according to the Duchess of York, “brought unity and togetherness to the family,” in an apparent reference to the Duke of Sussex and the Duke of Cambridge. The once-close brothers drew a lot of attention ahead of the event at Kensington Palace on 1st July.

Sarah said to Australian Women’s Weekly: “The statue brought unity and togetherness to the family and I’m glad that my loyal friend has been honored in this way.”

On what would have been Diana’s 60th birthday, the brothers and Diana’s siblings attended the unveiling of the statue.

During the brief ceremony, William and Harry removed the cloth that was covering Diana’s statue.
The brothers, who have been embroiled in a long-running feud, also issued a joint statement.
Penny Junor, a royal author at the time, stated the pair put on a “very good show“.

Ms. Junor said: “I think the brothers put on a very, very good show. I was expecting to see some sort of tight lips and some jaw muscles which we saw at the Commonwealth Service in Westminster Abbey before Harry and Meghan left.

“They seemed to be reasonably relaxed with one another. They weren’t arms around each other, it wasn’t very touchy and there wasn’t, perhaps, the usual banter of times gone by.

“But had you not known there was a serious problem between the two of them, you wouldn’t necessarily have picked it up.”

During his and Meghan Markle’s Oprah Winfrey interview in March, Harry revealed his rift with his older brother.

He said: “The relationship is ‘space’ at the moment. And time heals all things, hopefully.”

Harry also claimed that William, who is second in line to the throne, was “trapped” in his royal role.
The Duke of Sussex was only in the UK for the second time since Megxit for the unveiling of the statue.

As reported by Express, he previously visited the United Kingdom in April for Prince Philip’s funeral, where he and Harry were separated in the procession by their cousin Peter Phillips.

In March 2020, Harry and Meghan left their royal duties for a new life in America.

The couple is now living with their two children Archie and Lili in California.