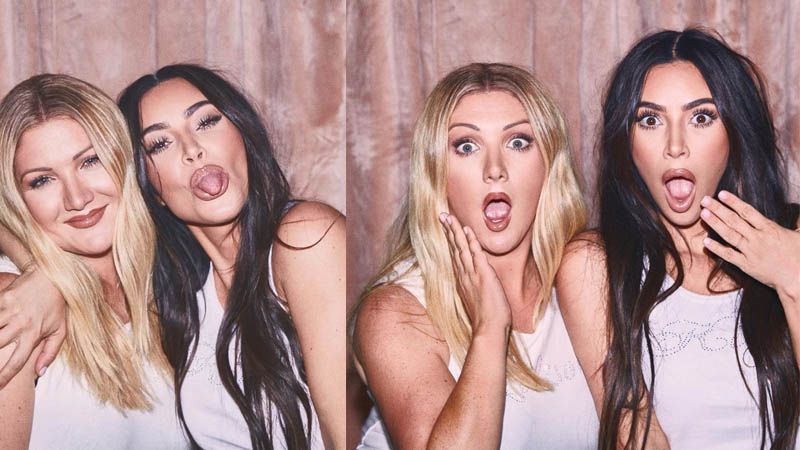 Kim and Kanye divorce rumor has been circulating since after the Xmas. Amid of this she has uploaded a beautiful picture but apparently ditched her wedding ring for the shoot.

On Monday voluptuous reality star promotes her new Skims collection. She sported matching nude tights and a sports bra one snap, which she captioned: “We’re changing the game and launching gravity defying tights and hosiery solutions that sculpt, smooth and never lose their shape.”

According to IBTimes, “Then again in another photo of 40 years old voluptuous star donning a black tight but, in both pictures, her left hand wasn’t visible. Meanwhile, in her Instagram Stories post flaunting the collection, she did not have her engagement and wedding rings on hand. Her right hand, meanwhile, has two gold rings.

“He knows that she’s done. She has had enough, and she told him that she wants some space to figure out her future,” the insider shared.

“He’s okay. He’s sad, but okay. He knows the inevitable will happen, and he knows that it’s coming soon,” the source added.

It is believed that West and Kardashian began having problems after he announced his presidential run in July 2020. He had gone public with their family matters, revealing during a campaign rally in South Carolina that they had thought of aborting their eldest, North.

At the time, Kardashian was said to have talked to her lawyers about a divorce but didn’t push through for the sake of their kids. Then, another source claimed last month that the celebrity couple had a “big fight” in December that left her “really upset.”

It was also revealed that West wasn’t present during the last day of filming of “Keeping Up With the Kardashians” on Jan. 8.

Owners Who Chose to Remove Dog’s Eyes Over Treating Infection, Give Up Blind Pet After Surgery