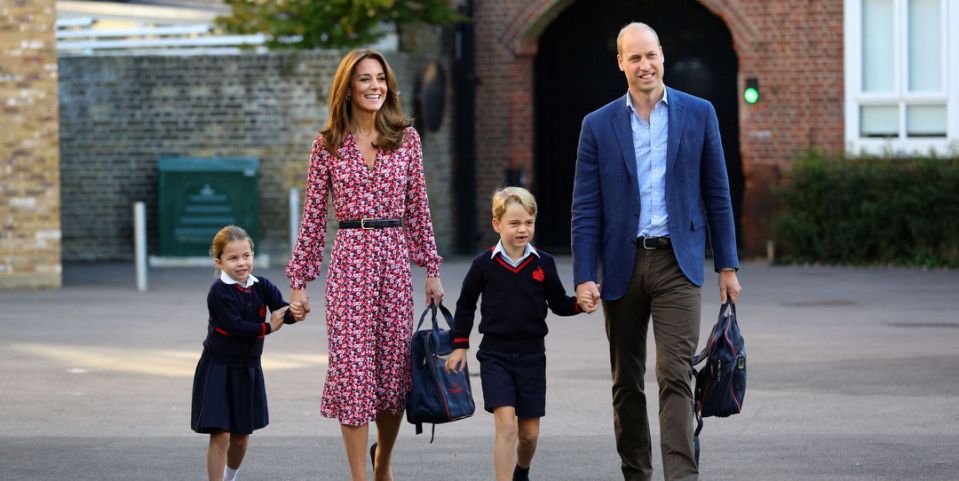 Kate Middleton and Prince William continue to become more active in serving the Queen and the Crown. Following Meghan Markle and Prince Harry’s exit, they have taken an increasing number of engagements and appearances.

But, aside from taking over the Sussex couple’s duties and responsibilities, the Duke and Duchess of Cambridge are also “preparing” for their future roles. They will soon become the King and Queen Consort of the United Kingdom, and before that, they will be the next Prince and Princess of Wales.

With their current movements, royal experts believe that the couple is also allowing their three kids to join them. It seemingly appears that they have now started to let the young Cambridges take on essential roles for the future, according to the Daily Express.

Kate Middleton and Prince William have three kids in their nine years of marriage. They share Prince George, Princess Charlotte, and Prince Louis, who are direct descendants and heirs of Queen Elizabeth.

The Duke and Duchess of Cambridge almost always appeared on engagements, alongside their three children. Amid the pandemic crisis, the young royals’ appearances and participation appear to have boosted “morale” before the public.

Speaking to the publication, Marlene Koenig said that there is an increase in “effort” among the Cambridge household. She added that the public will likely to see the three young royals a lot more.

The royal expert continued and described the dynamic as a “concerted effort” within the family. While the three young Cambridges will not accompany their parents yet, in a more official setting, Koenig noted that there is an increased effort as seen these past few years. This is likely another step for Kate Middleton and Prince William as they move toward their future roles, she added.

The Duke and Duchess of Cambridge welcomed their firstborn son, Prince George, in 2013, two years after their wedding. Considering that he is the eldest, he will inherit his father’s role in the future.

He is also the direct descendant of Queen Elizabeth, making him the future British Monarch. Although his siblings pretty much have the same role, he will take in more essential responsibilities as he is the eldest.

Princess Charlotte is the Cambridge couple’s only daughter. She currently stands as the fourth person in line to the British Throne.

After Princess Anne, she will likely inherit her title, Princess Royal, according to a separate report from the Daily Express. However, she will not receive a dukedom from the reigning monarch as the peerage is only given to male heirs.

Prince Louis is Kate Middleton and Prince William’s youngest son. Much like Prince Andrew, reports believe that he will soon have the title of Duke of York.

The Bold And The Beautiful Spoilers: Steffy Begs Liam To Keep Dirty Little Secret, But He Can’t Keep Quiet?

Katie Price Exclusive: A Psychic told me to Marry