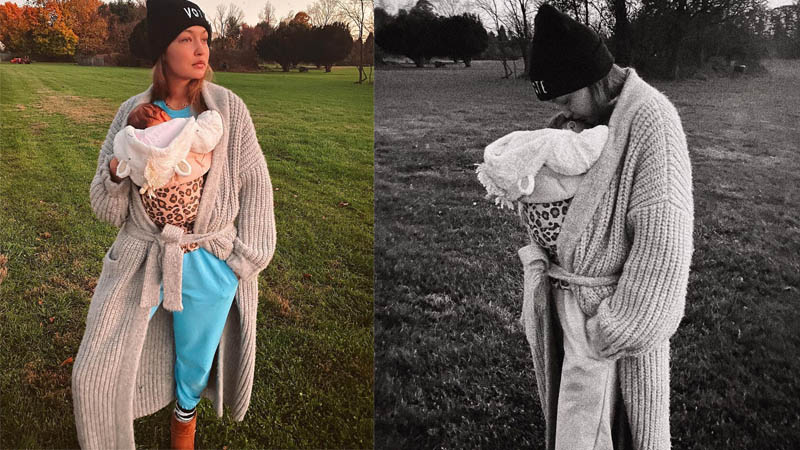 Christmas has come early in the Hadid-Malik household as supermodel Gigi Hadid shared a glimpse of her celebrations with her new ‘bestie.’

The 25-year-old fashion icon turned to her Instagram with some endearing first photos with her and Zayn Malik’s daughter.

While the model refrained from publicly showing her daughter’s face to the world, she dropped an adorable shot of her turned towards her chest wearing a cute little white hoodie.

“A whole new kind of busy & tired but she’s da bestie so she got Christmas decorations early,” Gigi wrote alongside the photos.

Zayn and Gigi have kept the name of their daughter under wraps for now while fans have anxiously been waiting to catch a glimpse of their little bundle of joy and know more details about her.

How To Remove Whiteheads?

Scarlett Johansson to Play Lead in ‘Ghost in the Shell’

Selena Gomez: ‘My New Bob isn’t What it Seems’