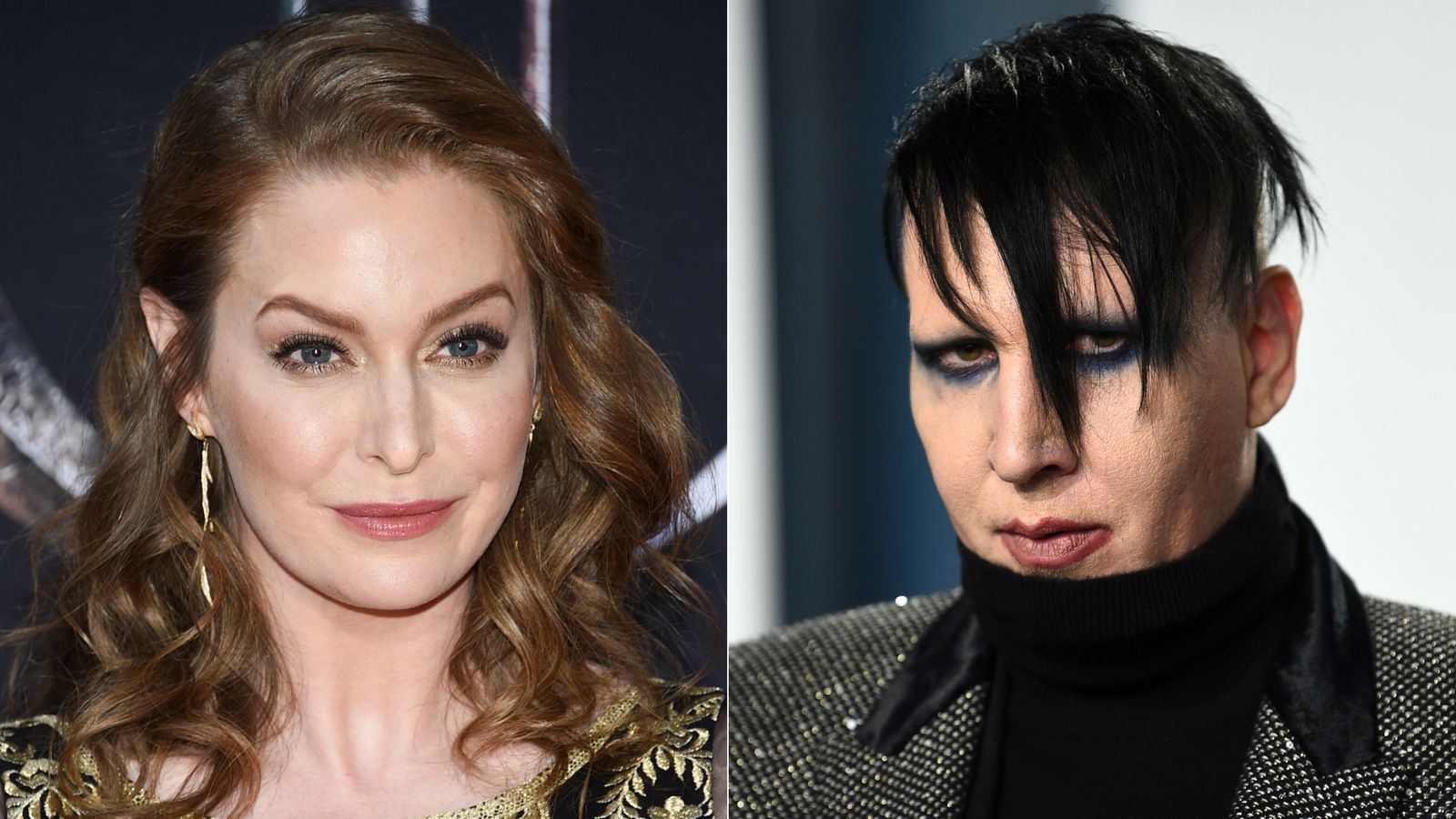 In the lawsuit, she accuses him of violating human trafficking laws by bringing her from England to California.

This was allegedly under the pretence that she would star in music videos and movies, but these roles never materialised.

Manson – whose real name is Brian Warner – is claimed to have flown Bianco to Los Angeles in 2009 to shoot a video for a song called I Want To Kill You Like They Do In The Movies.

According to the lawsuit, she was expected to stay at his home instead of the hotel where she had booked – and there was no filming crew, with Manson recording on a mobile phone.

It is alleged that Bianco was deprived of food and sleep, given alcohol and drugs, locked in a bedroom, given electric shocks and whipped.

Manson is accused of trying to force the actress to have sex with another woman – and it is claimed that he threatened to enter her room and rape her during the night.

The music video was never released, and the two began a long-distance relationship later that year.

Bianco was again brought to LA in 2011, ostensibly to appear in a feature film called Phantasmagoria, also never released.

On that visit, Manson is accused of refusing to let her leave the home without permission, chasing her around the apartment with an axe, cutting her with a “Nazi knife”, and posting pictures of those injuries online without her consent.

At the time, Bianco is said to have feared for her safety if she did not comply with Manson’s demands, and did not go to the authorities.

The lawsuit added: “It took Ms Bianco years to understand the extent of Mr Warner’s physical, sexual, psychological, and emotional abuse. Her career suffered due to the deterioration of her mental health. She deals with complex post-traumatic stress disorder, anxiety, depression, and panic attacks to this day as a result.”

Bianco was among several women who spoke out after another actress, Evan Rachel Wood, accused Manson of sexual, physical and emotional abuse during their relationship. He was then dropped by his record label and agents.

In response to these allegations in February, he wrote: “These recent claims about me are horrible distortions of reality. My intimate relationships have always been entirely consensual with like-minded partners. Regardless of how – and why – others are now choosing to misrepresent the past, that is the truth.”