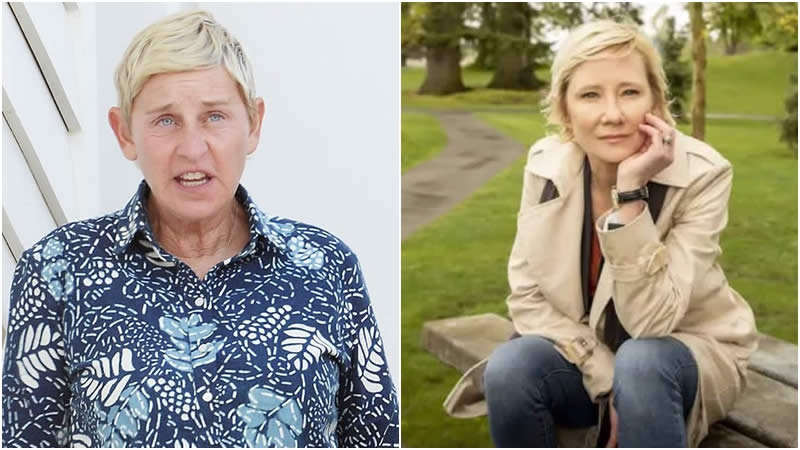 On Friday, August 5, Anne was in a blue Mini Cooper that crashed into a house in Mar Vista rented by Lynne Mishele.

DeGeneres claimed she hasn’t contacted the actress yet when they met in Los Angeles a few days after the tragedy, according to aceshowbiz.com.

DeGeneres went out with a friend on August 8 for lunch at the True Lune restaurant in Santa Barbara, California.

The former host of the daytime talk show reportedly said, ” We are not in touch with each other, so I would not know,” in response to a question about Anne’s most recent condition, according to Daily Mail. Still, Ellen wished for her ex’s speedy recovery. “I don’t want anyone to be hurt,” she added without slowing down or pausing her walk as she headed to her parked car.

Similarly, a source told Radar Online about Ellen’s reaction in the wake of Anne’s accident, “Ellen is aware of the horrible incident, she read about the news like everyone, but she has not made any attempt to reach out directly to Anne or members of her family.”

The source claimed, “The pair haven’t spoken in years, although Ellen wants nothing but the best for Anne.”

Ellen and Anne dated from 1997 until 2000. The former “The Ellen DeGeneres Show” host went on to date actress/director Alexandra Hedison from 2001 until 2004 and Portia de Rossi, whom she married in 2008 after dating for four years.

On Friday, August 5, Anne was in a blue Mini Cooper that crashed into a Mar Vista home rented by Lynne Mishele. The residence caught fire, resulting in the Emmy-winning actress suffering burns from the incident. She was then intubated while hospitalized.

As per Koimoi, as of Monday, Anne was “in extremely critical condition” and remained in a coma.

The Ellen Show, a well-known talk show hosted by Ellen DeGeneres, ended this year in May after running for almost 20 years. The 19th season featured several celebrities including Andrew Garfield, Jamie Dornan, Kristen Bell, Mark Wahlberg, and many more.