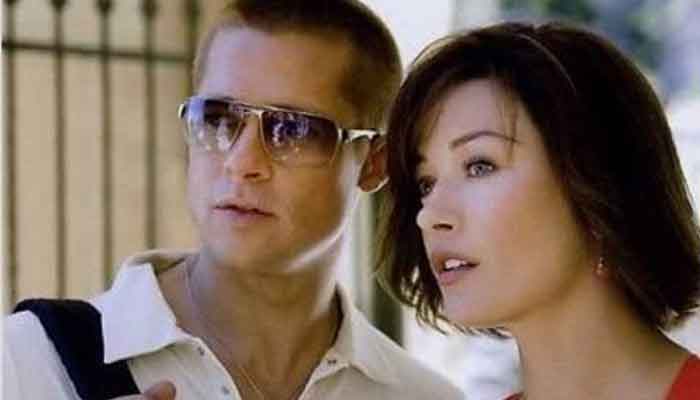 Catherine Zeta-Jones and Brad Pitt were the part of star-studded cast of   “Ocean’s Twelve “, a 2004 film directed by Steven Soderbergh.

The Hollywood actress  on Tuesday shared a throwback picture with the main cast of the film on its 16th anniversary.

Taking to Instagram, the actress posted two pictures with a caption that read, “Miss this cast. #Oceans12Anniversary”.

It was the second installment of the Ocean’s franchise and the sequel to Ocean’s Eleven (2001).