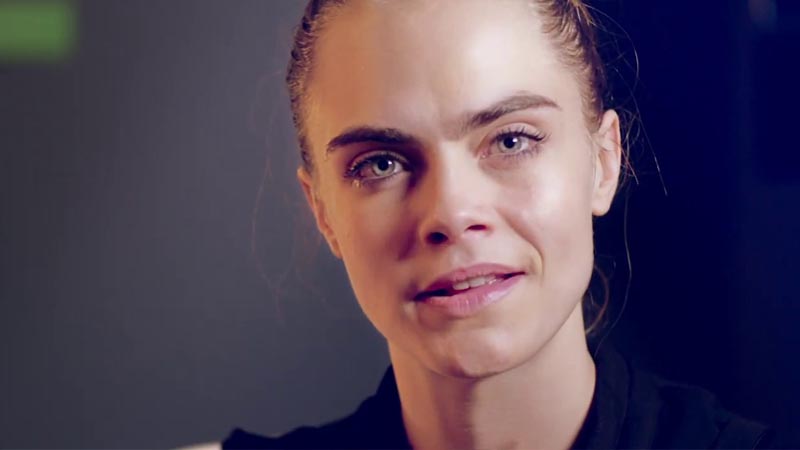 Read More: I was a Rebel at School: Cara Delevingne

She told London’s Evening Standard newspaper: ”I work really hard and don’t want anyone to think that this is a fluke or I got this because of my social media presence. ‘Referring to the role of Margo Spiegelman in ‘Paper Towns’, she said: ”If I got this part, I’d like to think it’s on merit.” Author Green praised her performance, saying: ”Cara was brilliant in the role and brought even more to it than I thought she would. She’s a brilliant actress.”

Read More: Cara Delevingne an Exciting Newcomers is All Set For New Role

Cara also revealed her dream role would be to play a strong feminist such as Gloria Steinem. She said: ”I’d love to play someone like Gloria Steinem or a role like the first Formula One driver who was a female.” Meanwhile, Cara recently admitted she was ”terrified” to leave modelling for the film industry.

She said: ”The thrill of acting is making a character real. Modelling is the opposite of real. It’s being fake in front of the camera. ”I’m not sure I understand what fashion is anymore. I admit I was terrified to leave. I mean, the bubble gives you a kind of dysfunctional family. When you’re in it, you get it. And the second you’re out of it, you’re like, ‘What the hell just happened?”’

Kate Moss and Jamie Hince’s Marriage is ‘Over’