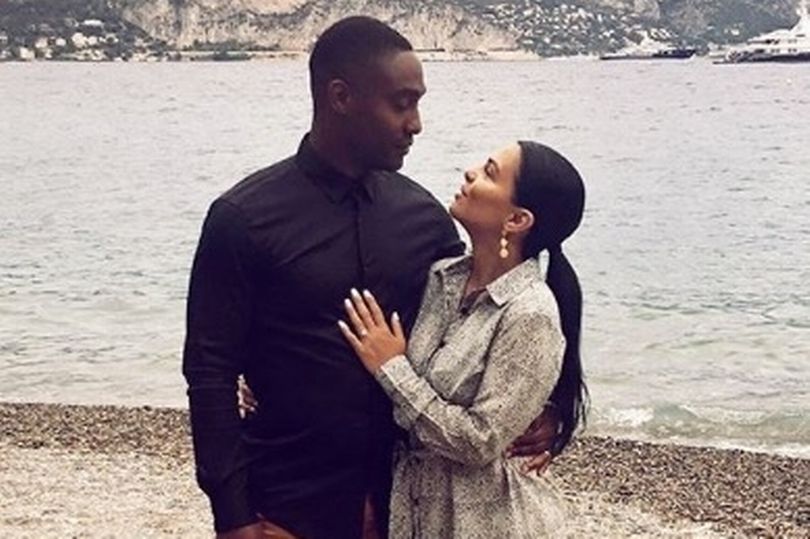 Blue’s Simon Webbe is going to be a dad again. The singer is expecting his first baby with wife Ayshen. They shared the happy news that they have a baby on the way following two devastating miscarriages.

He told Hello! : “It’s fantastic, we feel so lucky and grateful. “Whenever I touch Ayshen’s tummy, the baby moves, as if it knows it’s me. I whisper, ‘You’re going to be loved so much and I can’t wait to meet you’.”

Simon is already dad to daughter Alanah, 24, from a previous relationship. Ayshen, who married Simon in 2018, added: “We’re more than ready to become parents and I couldn’t be happier.

“Having a child is all I’ve ever wanted. Really soon, we’ll experience that moment and I’ll treasure forever the first time Simon and I gaze down at our baby.”

Simon went on to say he had spent the last 20 years “gallivanting all over the world”, but that now he was ready to concentrate on what’s “important”.

The 41-year-old said he wants to be a “solid, strong guy” for Ayshen and their baby.

Ayshen is due to give birth in April but they’ve kept their pregnancy news a secret until now.

The couple’s journey to parenthood has been a tough one.

Simon said they were “devastated” and that they were struck by tragedy a year later when it happened again.

The happy news comes after Simon and his Blue bandmates – Lee Ryan, Duncan James and Antony Costa – teased a reunion to celebrate their 20th anniversary.

Duncan told The Sun: “We were wanting to do something for our 20th anniversary but at the moment lockdown has meant it’s been difficult to get together. It’s not been easy.

“There could be something in the pipeline as we’re really good mates.”

The band formed in 2000 and hit the charts with their first studio album All Rise in 2001.

* Read the full story in Hello!

No One Stepped-Up To Foster Dog That Bit Everyone, Rescue Made 1 More Call

Deserted Blind Old Dog Couldn’t Find Her Way Around, Laid Down & Gave Up