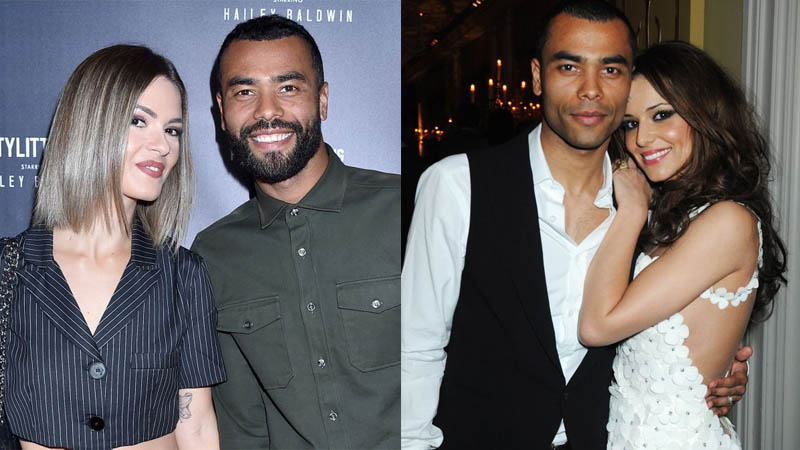 This month will mark the eleventh anniversary of the day she ended her “fairy-tale” three-and-a-half-year marriage to Ashley Cole following repeated claims of infidelity.

And insiders tell Closer how Cheryl, 37 – who said she would “always love” the 40-year-old former footballer following their painful 2010 divorce – last week learned he is gearing up to propose to his girlfriend of seven years and mother of his two children, Italian model Sharon Canu.

The source says, “A mutual pal wanted to tip her off to ensure she could mentally prepare herself before the news breaks, which she appreciated.

“Seeing such a serious ex getting remarried is never something you want to hear, but she has been half expecting it and, while it understandably triggered some underlying emotions, she was happy for Ashley and said she would reach out to congratulate him afterwards and prove there are no hard feelings.”

Cheryl was notoriously close to Ashley’s family during their marriage and continued to nurture those relationships after their split – even visiting his mum, Sue, who once said she saw Cheryl as “a daughter”, in the months that followed the break-up and becoming godmother to Ashley’s niece, Livvia, now nine.

Despite the heartache and public humiliation she endured amid her marriage breakdown – such as hairdresser Aimee Walton alleging how the footballer was sick in her car and then again on the cream carpet of her friend’s flat while they were romping – just weeks after their divorce was finalised, Cheryl compassionately said, “Part of me will always love him. I love his family. I loved what we had.”

While she has been through four splits, including another divorce, and had a child with her now ex, Liam Payne, 27, since, the Let You singer has reportedly continued to harbour feelings for her first husband and reminisced over what could have been.

She was said to have “been in tears” after he congratulated her following the birth of her son Bear, who turns four next month. And a year later, Ashley’s former Arsenal teammate, Jermaine Pennant, 38, sensationally claimed that she is still “madly in love” with the dad-of-two, saying, “I think Cheryl is still caught up over Ash.”

And while pals say the proposal news made Cheryl initially emotional, given their history, she understands they have moved on and is at peace with it all.

Last year, the star – who revealed she had two years of therapy after having Bear – said, “For the first time in my life, I’m happy just being me.”

The source says, “Cheryl’s in a completely different head space to where she was before having Bear and she’s done a lot of work on herself and letting go of the painful parts of her past, which she hadn’t – until now – fully been able to accept and move on from.

“Of course it stung a little envisioning the man she thought would be her happily ever after going on to carve out the future they’d once planned together with someone else, but she doesn’t harbour any grudges and is happy Ashley has grown up and become a family man – even if it wasn’t with her.”

Cheryl’s amicable relationship with Ashley – who has son Jaxon, four, and daughter Grace, two, with Sharon – and his family is not uncharacteristic for the star, who’s remained on good terms with most of her exes apart from second husband Jean-Bernard Fernandez-Versini, who she divorced on “unreasonable behaviour” grounds in 2016 following a whirlwind 18-month marriage.

Since splitting from Liam in July 2018, she has praised him as “the best dad” and upheld their vow to “continue having so much love for each other” – spending holidays and Christmases together, publicly supporting one another and nurturing a close friendship as they co-parent Bear.

Liam is not the only ex she remains on close terms with. Following a brief fling in 2010 with choreographer Derek Hough – the first man she dated following her split from Ashley – he confirmed there were no hard feelings, saying three years later, “Absolutely we are still friends, we are still very close.”

Demi Lovato to Offer ‘Therapy Sessions’ to Concertgoers Before Shows

Rachel Zoe is most powerful stylist