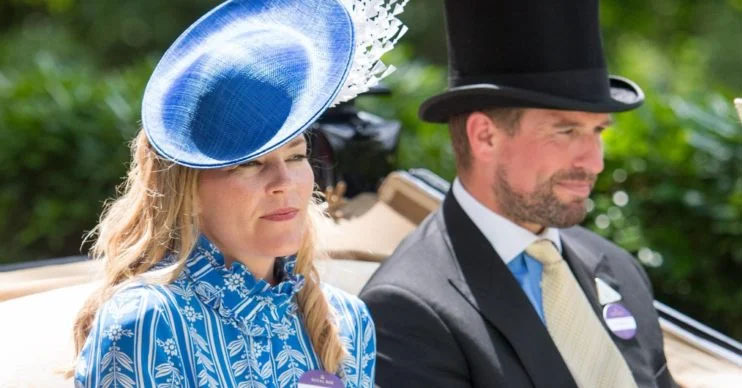 Peter Phillips, the Queen’s favourite grandson, is reportedly set to go to court to settle his divorce.

Peter, 43, and his wife Autumn announced their split after 12 years of marriage in early 2020.

They are parents to two girls – nine-year-old Savannah and Isla, seven.

The Telegraph reports lawyers for the couple will appear in front of a High Court judge next week. It’ll see them separate their finances and agree on a settlement.

A review hearing is expected to be heard remotely before Mr Justice Peel in the Family Division.

Furthermore, Peter has reportedly applied for reporting restrictions. As such, this will prevent the disclosure of financial and other personal details.

So how did Peter and Autumn announce their split?

A statement indicated Peter and Autumn had informed family members of their decision to separate several months beforehand.

It read: “After informing HM the Queen and members of both families last year, Peter and Autumn jointly agreed to separate.

The decision to divorce and share custody came about after many months of discussions.

“They had reached the conclusion this was the best course of action for their two children and ongoing friendship.

“The decision to divorce and share custody came about after many months of discussions.

“The couple’s first priority will remain the continued well being and upbringing of their wonderful daughters Savannah and Isla.”

So how did the Queen react?

News of the split reportedly devastated the Queen, who recently lost her husband.

An insider told The Sun: “The Queen must wonder what she has done to deserve this.

“Peter has always been a favourite of hers.”

The report added Peter was “in total shock” at the break up.

Last month, Peter stood between cousins Princes William and Harry as they walked behind the Duke of Edinburgh’s coffin.

However, he did not inherit a royal title at birth despite being 16th in the line of succession to the throne.

He lives at his Princess Anne’s Gatcombe Park estate.