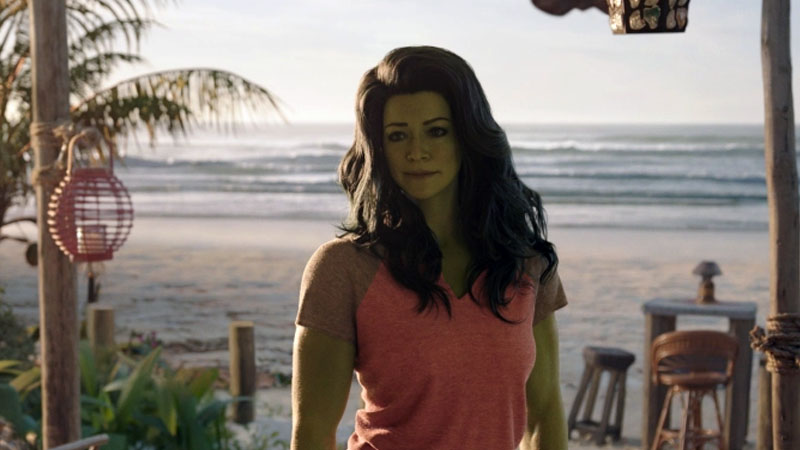 The head writer of the Marvel series She-Hulk, Jessica Gao, is no stranger to comedy or creating exciting TV shows. Gao has a wealth of expertise and, as it turns out, the beloved meme-tastic adventures of Rick Sanchez have affected her work with Disney Plus. Gao received an Emmy for her work on the animated comedy Rick and Morty.

During a press roundtable for She-Hulk, which The Digital Fix attended, Gao discussed how Rick and Morty taught her an important lesson when she was tasked with developing the hilarious adventures of the lawyer Jen aka She-Hulk, for the new Disney Plus series.

“The thing that I learned from the Rick and Morty writer’s room is to not settle for the first idea or the second idea or even honestly the fifth idea,” Gao explained.

“What I really learned from that room was to constantly push past the first instinctive kind of way that you would do a story because when you work in sitcoms for a very long time when you write for television comedies, you start to fall into this rhythm.”

“Because there is a rhythm and formula and kind of a math equation to doing TV comedy, it starts becoming very comfortable and very well-trodden,” she continued. “And what was nice about Rick and Morty was that it really, really taught me to push past all of that, push past the comfort zone and go even further. And I think that really helped with this project.”

As per Variety, taking inspiration from Rick and Morty isn’t a bad idea given the popularity of the show. The series has become extremely popular since its 2013 debut, whether it is in the form of animated pickles or Szechuan sauce. Rick and Morty season 6 is also on its way, so it’s understandable why Gao would look towards the show, as it seems to have cracked the formula for long-term quality.

She-Hulk currently holds an 83% rating on Rotten Tomatoes. She-Hulk season 2 has yet to be announced, however, Mark Ruffalo hinted that the character would return in the upcoming Avengers 5 film. So it sounds like the Rick and Morty strategy paid off.

Fans may see She-Hulk’s debut on the small screen now, as the sci-fi series is available to stream on Disney Plus.

Moulin Rouge, movie of the Decade

Update yourself with these Movies Reviews