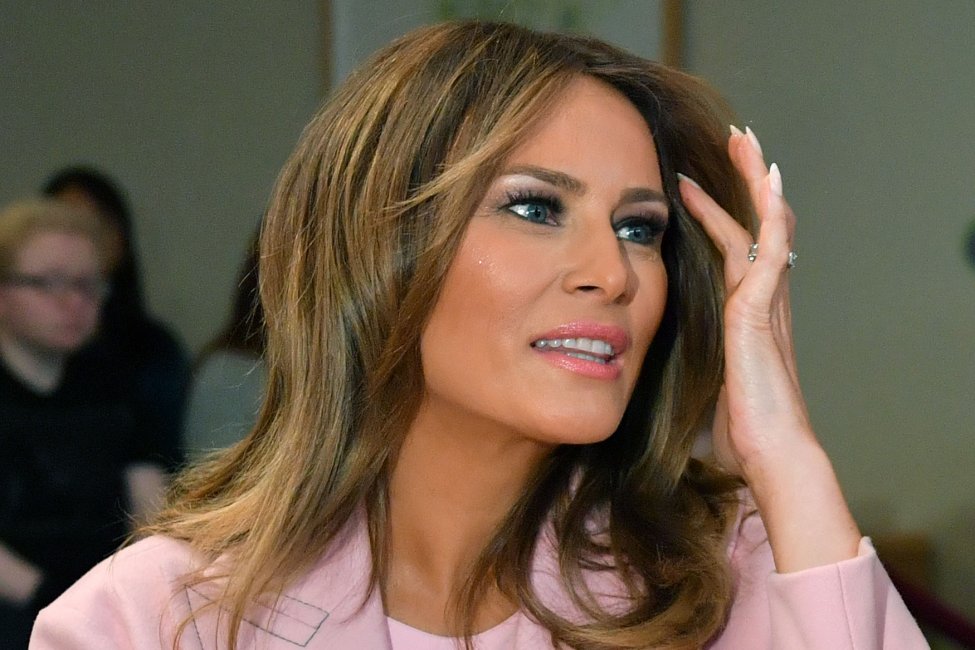 The former First Lady is enjoying her life in the Sunshine State after departing the White House earlier this year. Mrs Trump “continues to do what she wants when she wants and is not beholden to the norms of conventional post-first lady duties”, according to CNN.

She is said to enjoy trips to the golf club’s spa for beauty treatments on a daily basis, and sometimes, twice daily.

The source, acquainted with the Trumps, told CNN: “She’s not a presence at Mar-a-Lago at all.

“She’s not mingling with people and rarely interacts with her husband’s staff.”

Mrs Trump spends time with teenage son, Barron, in the afternoons and dines with her parents.

She tweeted: “Thank you to everyone for the wonderful birthday wishes!”

Melania made an appearance at a dinner this month – night hosted by her husband for Republican National Committee donors.

The former First Lady wore a $1,900 white dress by Giambattista Valli, according to reports.

She chose to wear low white heels with her dress with a touch of silver jewellery.

Social media footage showed the former First couple being warmly applauded and welcomed by their guests, as they entered the event.

Despite choosing to dine in public, 74-year-old Donald and his wife seemed determined to stop fellow diners from pestering them.