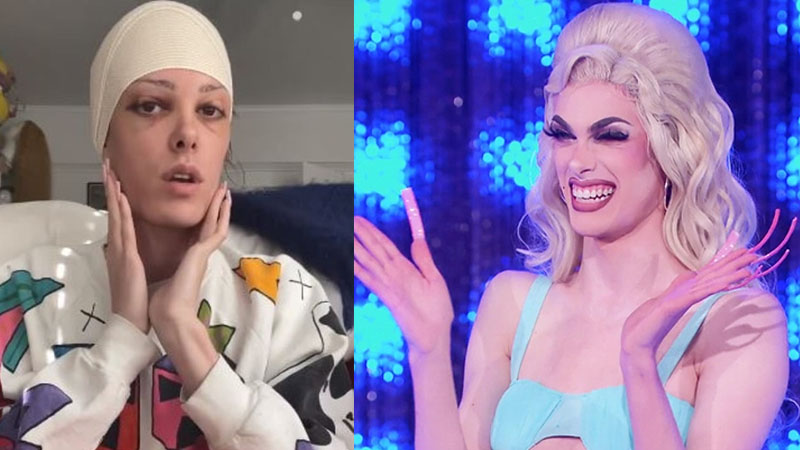 Gigi Goode, a season 12 contestant on RuPaul’s Drag Race, has revealed that she is trans-nonbinary. The drag queen and aspiring supermodel made the news on Instagram on Sunday, posting a video she shot while recuperating from face feminization surgery. Goode claimed she “very much” identifies with and now “leans more towards” the non-binary side of the spectrum after revealing she is gender-fluid two years ago.

“Almost eight months ago, in January, right at the beginning of the year, I decided to begin the process of hormone replacement therapy, which…. is the process of taking estrogen and testosterone blockers, differing on the person, as a means of bringing in the woman and pushing out the man,” she said. She subsequently stated that she identifies as “a trans-nonbinary person” who uses she/her pronouns and is in the process of officially changing her name to Gigi. The performer said that it was “critical” for her to spend time alone during the pandemic in order to think about and ponder on her identity after coming out as gender fluid on season 12 of Drag Race in 2020.

According to Entertainment Weekly, Gigi emphasized that she was not attempting to keep her followers in the dark about the issue, but that she wanted to take the required measures in secret since she is aware of “the impact that strangers on social media have on these kinds of circumstances.”

Harry and Meghan were notably absent at Oprah Winfrey’s recent birthday bash which, according to one royal expert