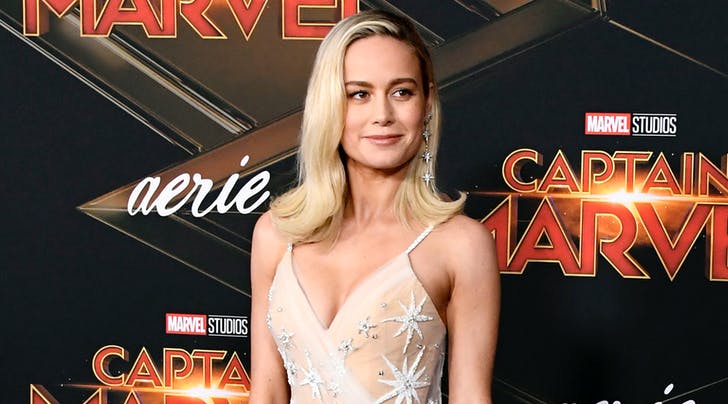 Brie Larson is known for being a hero in Avengers and Captain Marvel as well as winning an Oscar for her role in Room. She isn’t known for posting thirst traps or bombarding fans with selfies.

So when we saw these pics of her in a sheer white one-piece, we were in shock!

Brie and her boyfriend Elijah Allan-Blitz were spotted enjoying some beach time in Hawaii last week.

The 31-year-old actress and the actor-director were snapped soaking in the sun and splashing around in the ocean.

It might be a one-piece, but we think Brie’s swimsuit is super sexy and adorable at the same time. It’s also pretty sheer.

Brie and her BF have been dating for two years, but only made it publicly official at the 2020 Academy Awards.

The couple made it official when she brought him as her date and they walked the red carpet together.

Although they’re a pretty private pair, earlier this year, Brie’s BF shared an adorable snap of the two of them together.

He captioned the post, “This photo was taken early last year. We had no idea that the whole world was about to change. Thank you for showing up and being my teammate through all of it. I love you, Brie”…they’re adorable and Brie is a serious babe.