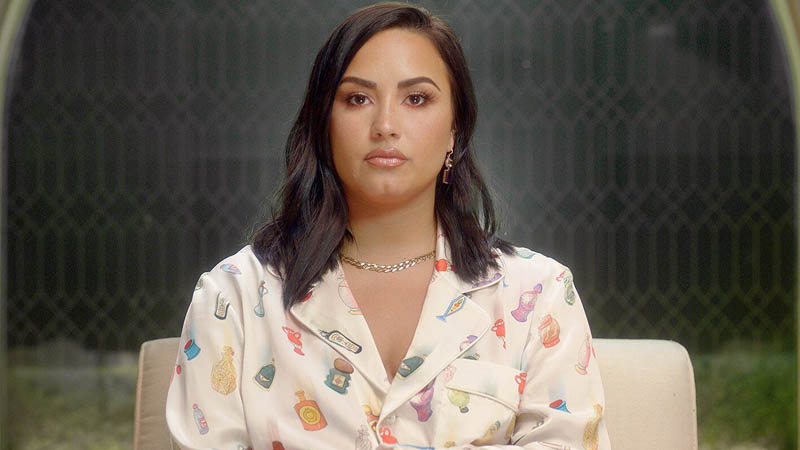 Demi Lovato recently opened up about drug use. The 28-year-old Confident singer spoke to Glamour and revealed that even after her nearly fatal overdose, she isn’t restricting herself from marijuana and alcohol. According to Demi, the balance has helped her make progress with her eating disorder and says the “all-or-nothing world” of sobriety wouldn’t work.

“I called [my recovery case manager, Charles Cook] and was like, ‘Something’s not right. I’m living one side of my life completely legalizing and this other side following a program that’s telling me if I slip up, I’m going to die,’” she said. “I think I want to try this balance thing in the substance side of my life too.” She then said her team was concerned with the idea.

“But they were like, ‘She deserves this opportunity to make that choice for herself.’ So I did.”. “A one-size-fits-all solution does not work for everybody. What I’m encouraging people to do is just make choices for themselves. Autonomy, for me, is what changed my life.”

In the same interview, Demi also opened up about her split from Max Ehrich. “When I started getting older, I started realizing how queer I really am,” Demi told Glamour. “This past year I was engaged to a man, and when it didn’t work, I was like, This is a huge sign.

I thought I was going to spend my life with someone. Now that I wasn’t going to, I felt this sense of relief that I could live my truth.” For the unversed, Max and Demi got engaged after dating for a short period but called things off in September of 2020.

How Do I Get Him to Propose? Get Your Answer Now