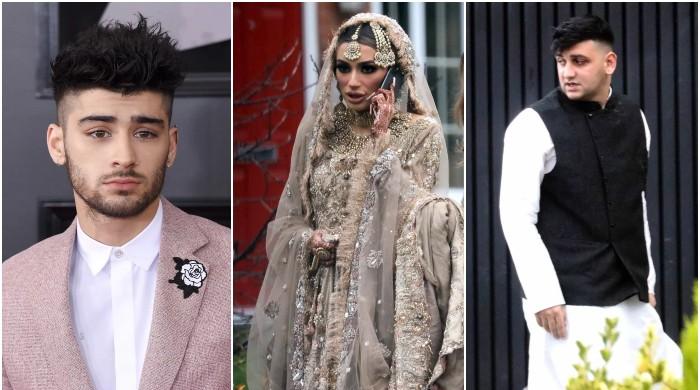 British singer Zayn Malik raised quite a few eyebrows after his younger sister Waliyha tied the knot to an ex-jailbird.

Many eyebrows were raised when the little sister of the former One Direction member decided to get married to an ex-convict who served five years in jail and had gotten out only recently.

As photos from her multiple events made rounds on social media, the Pillow Talk crooner remained absent leading many into thinking that he may not have approved of the questionable match.

A source told The Sun that no one is quite pleased with the match as he is a “thug.”

“No one is happy about her marrying him after what he did. He’s a thug. This isn’t in his past — he’s only just got out of prison,” they said.

The report further reveals that Khan landed in jail back in 2017 after he and his accomplice Adam Takolia followed someone in a Seat Leon Cupra all the way to her home in Skipton.

Upon reaching the destination, the two jumped out and threatened the woman with a screwdriver.

Following the incident, Judge Jonathan Durham Hall QC said: “You targeted a vulnerable lady on her own.”

“At her home, in her drive alone and you -carried out your planned expedition with a degree of skill that is chilling. And you have shown no remorse, not one iota,” he said.

Earlier, Gigi Hadid who had also missed the wedding along with Malik, had sent love to Waliya on her big day by dropping a comment on her post.

Top 3 Tips On Scrubbing the Face

Kim Kardashian & Kanye West Divorce: Not The Abortion Tweet, But This 2-Year Old Statement Was The Real Breaking Point?