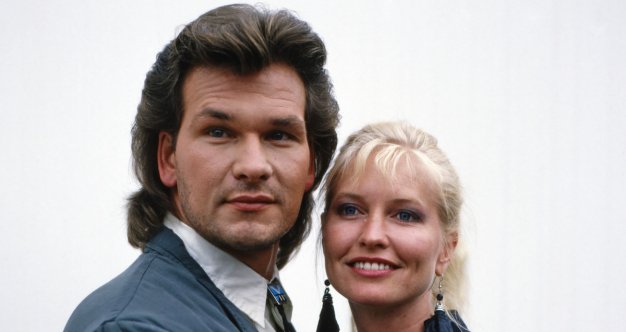 When actor Patrick Swayze first started showing signs of pancreatic cancer in 2007, he didn’t immediately want to see a doctor. It was his wife, Lisa Niemi Swayze, who encouraged him to take action, and it’s an important lessons about why it’s so important to be proactive about your health.

It’s been 11 years since the Dirty Dancing legend passed away from pancreatic cancer at 57-years-old. However, Niemi hasn’t stopped raising awareness about the disease. In honor of Pancreatic Cancer Awareness Month, Niemi shares the experience watching her beloved battle cancer, and pushing him to visit a doctor.

“Patrick, he hadn’t been feeling really well,” Niemi says. “He’d been having some persistent stomach pain which, you know, we didn’t pay much attention to because he always had kind of a funky stomach. And then one day he walked over to me and he says ‘hey, do my eyes look yellow?’ I looked at him [and] I’m like ‘yeah, they do.’ I said we’ve got to get you in to see the doctor.

And he said well maybe next week. I’m like no, no, no. Whatever it is, this is not normal. And we actually called the doctor and [talked about] the yellowness and the jaundice, and he went straight to a CT. It was a grueling 24 hours before we got the results back that it was pancreatic cancer.”

Jaundice, yellowing of skin or eyes, is a common side-effect of pancreatic cancer. However, these symptoms often don’t present themselves until the cancer has already spread throughout the body and diagnosed in later stages. This is one of the reasons why pancreatic cancer is so hard to treat.

Some of the main symptoms associated with pancreatic cancer may include jaundice, weight gain, back pain, or diabetes. However, in Swayze’s case, abdominal pain may also occur. By the time these signs start popping up, it means the disease has progressed to later stages. According to Dr. Anirban Maitra, co-leader of the Pancreatic Cancer Moon Shot at MD Anderson Cancer Center, 80% of pancreatic cancer cases are diagnosed in late stages.

“Because the pancreas is inside the abdomen, it often doesn’t have symptoms that would tell you that something is wrong with your pancreas,” Dr. Maitra tells SurvivorNet. “By the time individuals walk into the clinic with symptoms like jaundice, weight loss, back pain, or diabetes, it’s often very late in the stage of the disease.”

The location of the pancreas also makes it extremely difficult to successfully screen for the disease. Unlike cancer screenings for other types of cancers such as breast, lung, or prostate, there are significant challenges to catching this cancer early. When the disease is caught in advanced stages, this can limit treatment options.

When something in your body feels off, it never hurts to talk to a doctor about it. However, this is often easier said than done. Unlike women, who will report symptoms to their doctor but sometimes be brushed off, men sometimes ignore a doctor visit as long as possible.

This was the case for testicular cancer survivor Todd Rosenbluth, who was one of those guys who avoided the doctor at all costs. He led a healthy lifestyle, so he reasoned with himself that a routine check-up wasn’t really necessary. It was Todd’s wife who pushed him to schedule a visit, and it ended up being be the best decision he could have made. Now, he’s an advocate for early detection.

“My wife definitely saved my life,” Todd tells SurvivorNet. “Luckily when I caught the testicular cancer it was so early that I’m totally fine to this day, and it’s because of her. Testicular cancer is 99% curable if it’s caught early enough. The only way to catch it is self exam or go to the doctor. If you’re worried don’t be ashamed, guys. Go to the doctor.”

Remarkable Bond Between a Woman And Her Pet Lion