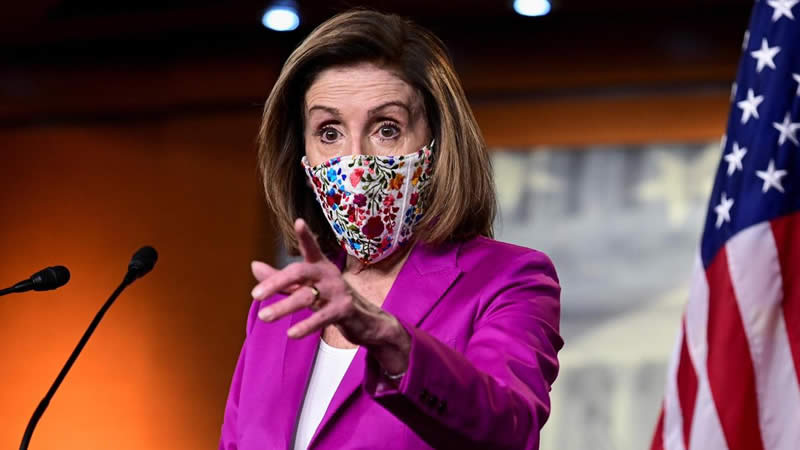 House Speaker Nancy Pelosi said Sunday that lawmakers will move forward with impeaching President Donald Trump if other efforts to remove him from office fail.

In a letter to Democrats, she said House Majority Leader Steny Hoyer will try to introduce a resolution Monday calling on Vice President Mike Pence to invoke the 25th Amendment and declare that Trump is incapable of executing the duties of his office.

Hoyer, D-Md., needs unanimous consent to introduce the request, said Pelosi, D-Calif. If he doesn’t get it, lawmakers will bring it to the House floor for a vote Tuesday, she said.

“We are calling on the Vice President to respond within 24 hours,” she said, adding that impeachment legislation would come next.

Pelosi, who did not say when that legislation would be brought to the floor, said the House will act with “urgency” because Trump “represents an imminent threat” to the Constitution and democracy.

Earlier Sunday, Sen. Pat Toomey, R-Pa., joined a handful of other Republicans in calling for the president’s resignation, but he said there wasn’t enough time for Congress to impeach Trump before he leaves office.

But Majority Whip Rep. Jim Clyburn, D-S.C., said the House could still impeach Trump and delay sending the articles to the Senate until after Joe Biden’s first 100 days.

Speaking to ABC News, Rep. Alexandria Ocasio-Cortez, D-N.Y. said that convicting Trump would bar him from running for office again.

Pelosi’s announcement comes four days after a violent pro-Trump mob attacked the U.S. Capitol in an event that left five people dead, including a police officer.

6 Tips To Travel On A Budget

Top 10 Most Powerful Women of World