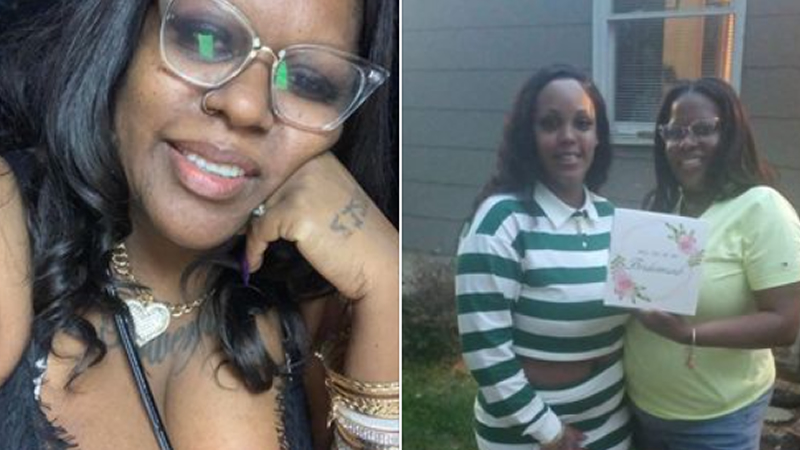 Kesha Luwan Lucille Tate, 42, was shot by an allegedly intoxicated neighbor, who was shooting items on his property

Kesha Luwan Lucille Tate is being remembered as someone who would give her friends “the shirt off her back,” neighbor Latosha McFadden told the Associated Press.

Last month, the 42-year-old South Carolina mother of nine was killed with a.45-caliber handgun by Nicholas Skylar Lucas, a neighbor allegedly known to engage in target shooting at objects on his lawn.

Lucas is now facing charges of murder, use of a firearm while under the influence, and discharging a firearm into a dwelling after authorities said their investigation refuted his claim that the bullet ricocheted off a satellite dish.

According to the Associated Press, he has denied intentionally shooting Kesha and stated at his bond hearing that the shooting was a “complete accident.”

It was not clear whether Lucas had a lawyer who could comment on his behalf.

“If that man got to know my sister he would’ve never killed her,” Denise Tate, Kesha’s sister, told the AP. “She would’ve gave him a place to stay, food to eat, clothes, all of that. Anything he needed, even for his family, she would’ve helped.”

According to the Associated Press, Kesha was cooking dinner for her family at the time of the shooting, while Lucas was shooting at backyard targets with his friends. Kesha then asked her neighbor to stop firing the gun from their backdoor.

When she pulled back the curtain, her brother-in-law Terry Manning said her children told him she had been shot. According to WYFF, children as young as four years old were present at the time of the shooting.

“I thought she was going to bury me first. I went up there today to pick up caskets for my baby. I didn’t think I had to do this,” Kesha’s mother, Beverly Wray, told the station.

“She always made sure I was taken care of. Even as an adult she was always there. She was my backbone,” Denise said of her sister. “So I gotta keep it together and stay strong for these kids and her grandson.”

A GoFundMe page set up for Kesha by her eldest daughter Traleekia Tate has already raised more than $12,300. The family is now advocating for changes to the state’s gun laws, as well as a “Kesha Tate Target Law” to prohibit target practice in residential areas.

“This is a senseless death that could have been avoided had the gun owner been responsible and chosen a safer place to target practice,” Cherokee County Sheriff Steve Mueller said, per WMBF. “It is mind-blowing that a person thinks it’s alright to target practice or discharge a gun within close proximity to so many other homes in a neighborhood.”

According to data from the Centers for Disease Control and Prevention, South Carolina had the ninth highest firearm mortality rate in 2020.

“For him to endanger all these children’s lives,” Beverly Vercher, Kesha’s sister, said. “We’re not going to stand by for involuntary manslaughter.”