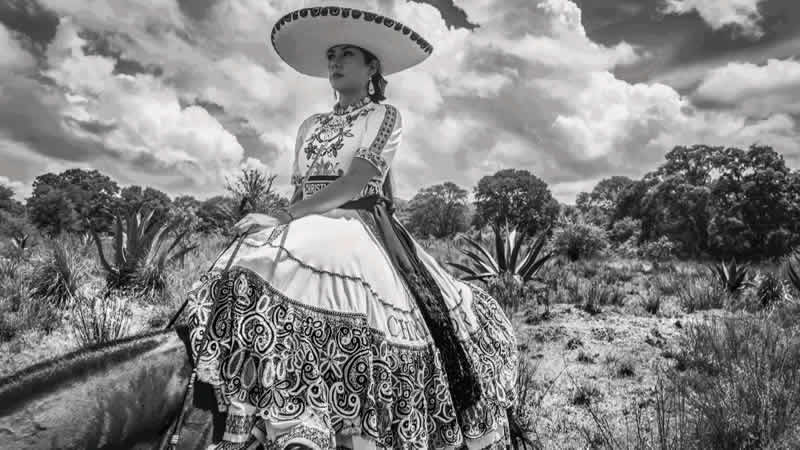 “Her Dior” gathers the work of 33 female photographers who have immortalized Maria Grazia Chiuri’s designs for Dior.

WOMEN SEEING WOMEN: Since taking over as artistic director of women’s collections at Dior in 2016, Maria Grazia Chiuri has made it a rule to work with female photographers. The resulting images are sampled in “Her Dior: Maria Grazia Chiuri’s New Voice,” a book from Rizzoli New York that celebrates the female gaze.

The cover features an image by Brigitte Niedermair of a T-shirt from Chiuri’s first collection for the French luxury house, bearing the slogan “We Should All Be Feminists.”

“Seeking a dialogue from the outset with these women artists, writers and activists, they themselves at times distant from me and from fashion, was part and parcel of my focus on the reasons and the situations that I believed were urgent, and that I wanted to put at the heart of my creative process,” Chiuri writes in the preface.

“My dream, my aspiration is that we women should look at each other with our own eyes. And this is also why I believe it is so important to use a woman’s eye in the images that talk about all of us,” the designer added.

Appearing alongside color and black-and-white photos are statements by the female artists who have worked with Chiuri on the sets for her runway shows, among them Judy Chicago, Marinella Senatore and Tomaso Binga. Dior provides a deep dive into these collaborations through its ongoing Dior Talks podcast series.

Taylor Swift Succeeds Katy Perry as Woman of the Year 2015