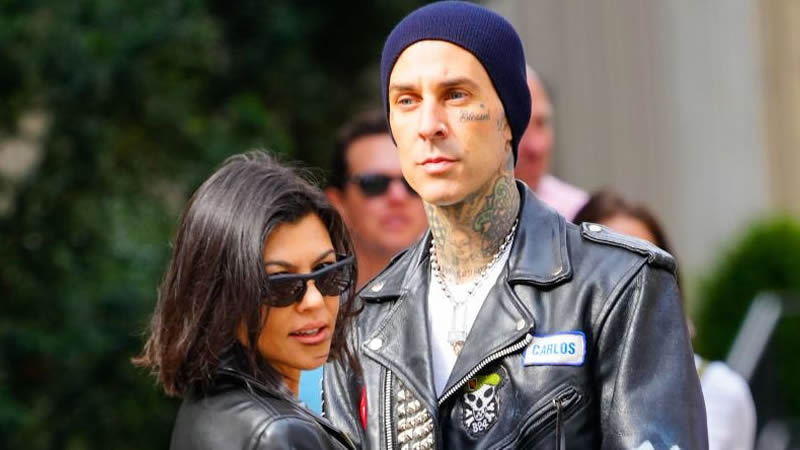 Kourtney Kardashian and Travis Barker recently got engaged and it looks like the couple is already gearing up to start a family as well. It seems Barker has already found a name for his future kid with Kourtney and revealed the same over social media. In a comment on Kardashian’s Halloween post, Travis picked out the name Elvis for his future son.

As the couple celebrated their first Halloween together since getting engaged, Travis and Kourtney were seen dressing up as the characters of their favourite film, True Romance. It has been known that Travis is a massive fan of the film and also named his daughter Alabama Barker whom he shares with ex-wife Shanna Moakler after a character from it.

It seems Travis is already thinking about having children with Kourtney and this time plans to name his future son with her as Elvis, after another character from the film. After Kourtney dropped photos of herself dressed as Patricia Arquette’s Alabama from the film, Travis dropped a comment on her post saying, “Our sons (sic) name would be Elvis.”

Kourtney’s pregnancy speculations have been going since months after she made her romance with Travis official and previously she also shut them down by flaunting her perfect abs in mirror selfies.

Although ever since the couple got engaged, reports have suggested that the couple is looking forward to having a baby together and Travis’ comment further hints that it may be happening soon. Recently, Kourtney’s mother, Kris Jenner during her appearance on The Ellen Show, gushed about her daughter’s relationship with Barker and maintained that they are “really made for each other.”