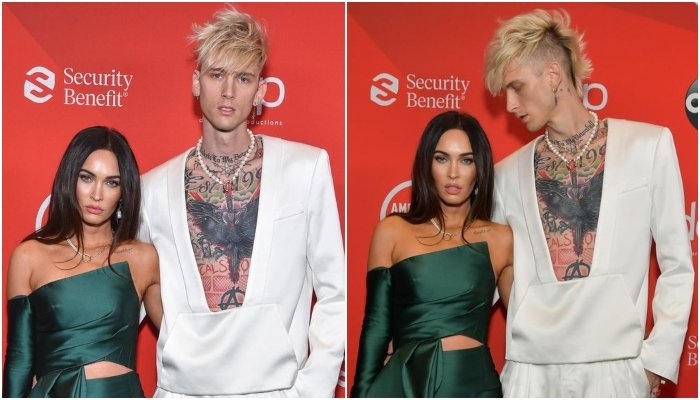 Megan Fox and Machine Gun Kelly are transcending all barriers in love and proving to the world that they are made for each other.

The loved-up duo made their stunning red carpet debut as a couple at the American Music Awards 2020 on Sunday, arriving to the glitzy event arm in arm.

It is then when Megan revealed she has got a brand new tattoo for her beau MGK.

The Transformers starlet donned an off-the-shoulder jewel green Azzi & Osta ensemble, which showcased her collarbone tattoo. The script read, “El pistolero,” which translates to the gunman. 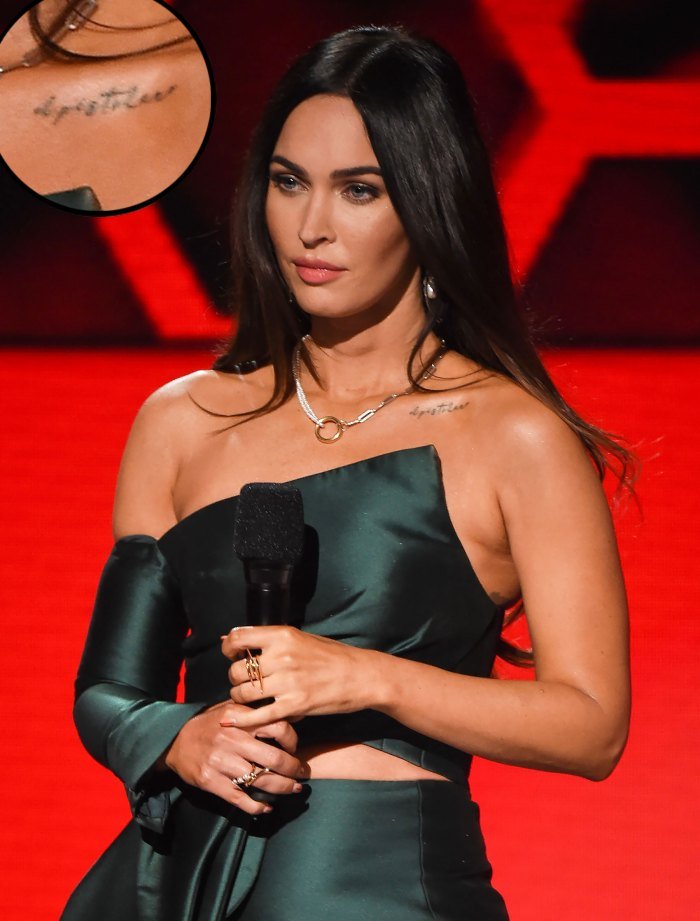 According to a netizen, “We finally have a close-up of Megan’s tattoo and it says ‘el pistolero’, which is Spanish for the shooter aka machine gun Kelly!”

Others believe that the Spanish text could be to signify how the couple met met in Puerto Rico while filming Midnight in the Switchgrass.

Megan and MGK are going strong ever since they revealed they are dating in June.

They have gushed over each other in multiple interviews earlier with Megan saying MGK is her ‘twin flame.’

Meanwhile, he said, “Finding someone that can take you out of the fast lane and make sure that you’re safe because at any minute you can crash. love that it can evolve into that.”