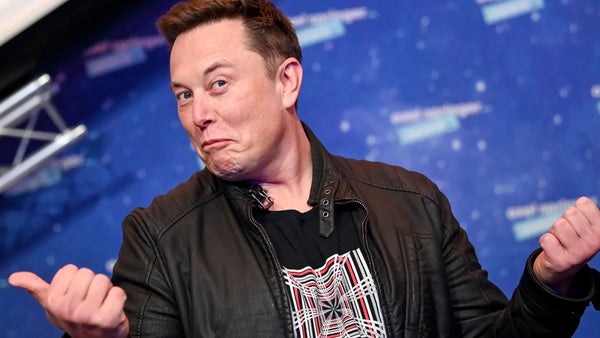 Tech CEO Elon Musk has urged his almost 42 million Twitter followers to use secure messaging app Signal instead of Facebook products. In a series of tweets, Musk shared a meme referencing Facebook’s role in the spread of misinformation leading to the attack on Congress this week and suggested people should use the Signal app.

The tweets seem to have been prompted by a recent change to Facebook’s privacy policy. As reported by The Hacker News, the new updates allow more sharing of data between Facebook and its partner company WhatsApp, including the sharing of phone numbers, interactions on the platform, information about mobile devices used to access the service, and IP addresses. If WhatsApp users do not agree to the data sharing, their accounts are disabled.

Musk has been vocally critical of Facebook in the past, saying that he chose to delete Facebook accounts for SpaceX and Tesla in the wake of the Cambridge Analytica scandal in 2018. He has also had spats with Facebook CEO Mark Zuckerberg personally, the two of them having sniped at each other over Twitter and other social media platforms several times in the past.

Facebook’s series of privacy issues has lead to increasing criticism of the company, including from prominent figures in the tech sphere. The app Musk suggested people use instead, Signal, is an encrypted messaging app that is more of an alternative to WhatsApp than to Facebook. It is for sharing messages securely between users or groups rather than a public social network.

As messages sent on Signal are encrypted, they remain private even if someone’s phone is stolen or confiscated by the police. This has made it popular among those organizing demonstrations such as the Black Lives Matter protests following the murder of George Floyd by police last summer.

However, Signal has not been without its security issues. A vulnerability in the app discovered last year could have allowed hackers to track users’ locations just by calling their Signal phone number, even if the hacker didn’t have the user’s contact information. The vulnerability was patched but did lead to concerns over how much users could trust the app to be secure.

Adele Is Worth £15 Million