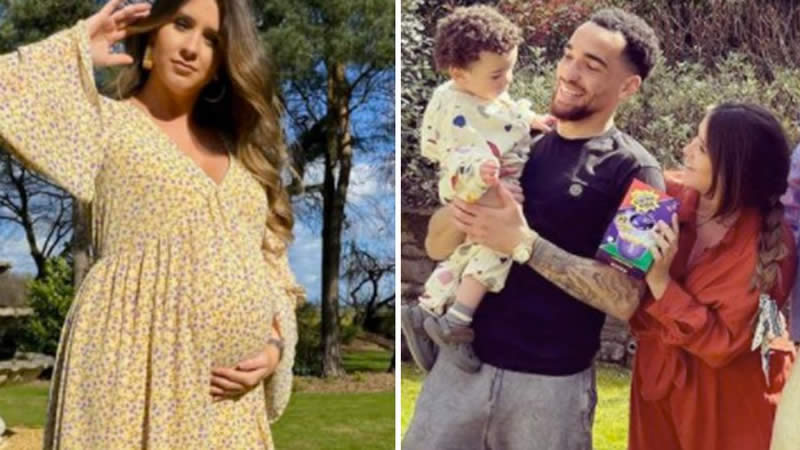 Brooke Vincent recently welcomed her second child, and she’s admitted that she’s struggled with “mum guilt” since expanding her family.

Last month the former Coronation Street star gave birth to Monroe, her second son with her boyfriend Kean Bryan, with whom she also shares Mexx, 18 months.

She has now admitted that she has worried about how she is going to split her time and love for both of her boys equally.

Brooke told OK magazine: “Mexx is still technically a baby and because I can’t pick him up yet he really struggled with that at first.

“He was like, ‘Why isn’t my mum doing stuff with me?’ Once I’m back in the swing of things and I’ve got myself into a routine with them both, it will be better.

“I’ve had such mum guilt at times where I’m like, ‘Can I love them both the same? How am I going to split the love I have for Mexx?'”

She continued: “My biggest fear is mum guilt and no one really mentions that to you when you’re having your second.

“I’ve been so worried about how it would affect Mexx as I didn’t want him to be at home bored.”

She said: “I was booked in for 11 am on May 4 and I’d planned to take Mexx to nursery, but I went into labour at 2am. I didn’t really know if I was in labour or not. Because I wasn’t meant to go in until the morning!”

When she and Kean got to hospital someone was already in the theatre as her “appointment for a section wasn’t until later” and she was hoping she could get “in as soon as possible.”

Brooke announced the birth of Monroe on Instagram last month.

Sharing a picture of her baby’s tiny feet, Brooke wrote: “On the morning of Tuesday 4th May at 8.14am; the exact same time as his big brother.. our little boy came into the world.

“Me, your daddy & big brother are all besotted with you,” she wrote, finishing the post with globe and blue love heart emojis.

Brooke and Kean got together in 2016 and moved in together after two years of dating.