Harry Styles biography unfolds we come to know, Harry Edward Styles was born on February 1st 1994 and is from the village Holmes Chapel, Cheshire, UK. He is a former pupil at Holmes Chapel Comprehensive School, a state comprehensive school.

He was born to mother Anne and father Des, has as older sister Gemma .At the age of seven his parents got divorced. Regarding his parent’s divorce he said “that it was quiet a weird time, here members crying about it, I didn’t really get what was going on properly, I was just sad that my parents wouldn’t be together any more”. Harry Styles biography reveals that he and his older sister, mother moved further out into the Cheshire countryside.As far as his personal life is concerned he is very close to his mother, Anne and his sister Gemma. He even got tattoos dedicated to them and often shows his love for them.

Harry Styles as a Teenager:

At the age of twelve he moved back to Holmes Chapel. As a child he loved singing. Harry’s trademarks include his curly, brown hair, dimples, being flirty and cheeky. He is a clean freak. He doesn’t like girls who wear too much makeup. Out of all the boys he cries the easiest. Harry Styles least favorite subject in school was chemistry and most favorite subject was Home economics.

Harry Styles as a Celebrity

Having a glance over Harry Styles biography we come to know that he is one the luckiest and the youngest celebrity who earned fame worldwide in such a short time span.Harry Styles biography unfolds that he was the lead singer for the band White Eskimo.Harry Styles is the youngest in the band One Direction. The name One Direction was thought and proposed by him. His group contained himself, Lead guitarist Haydn Morris, bass guitarist Nick Clough and drummer Will Sweeny. He had once entered a local Battle of the Bands, which they won.

Harry Styles biography reveals that he briefly dated Caroline Flack in 2011 when he was 17 and she was 32. Their relationship caused widespread controversy because of their fifteen year age gap. They met in 2010 when he was a contestant on the X-Factor and Caroline was the co-host of the companion showing The X-tra Show. Harry would often flirt with Caroline. During interviews he admitted in being attracted to her. Roman cerumors grew after October 16, 2011 when it was reported that Harry and Caroline were seen kissing at an X Factor after party. They both denied there was a relationship. Rumors went unproven until December 2011.

Throughout the relationships Caroline received death threats from many Harry Styles One Direction fans as well as media scrutiny during the relationship.  Both of them never confirmed on social media about their relationship but on January 26, 2012, through Twitter Harry revealed the relationship had mutually ended. They yet remain as good friends. Taylor Swift was Harry Styles second crush and was spotted together in New York. This led to the assumption that they were a couple. They also broke up later on. 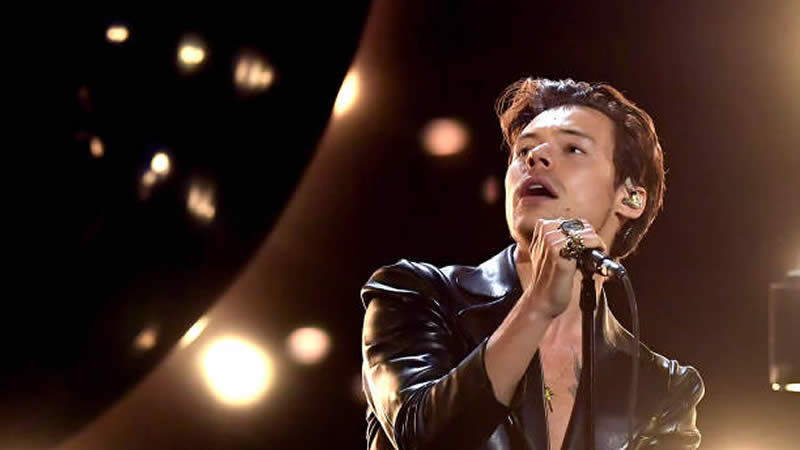