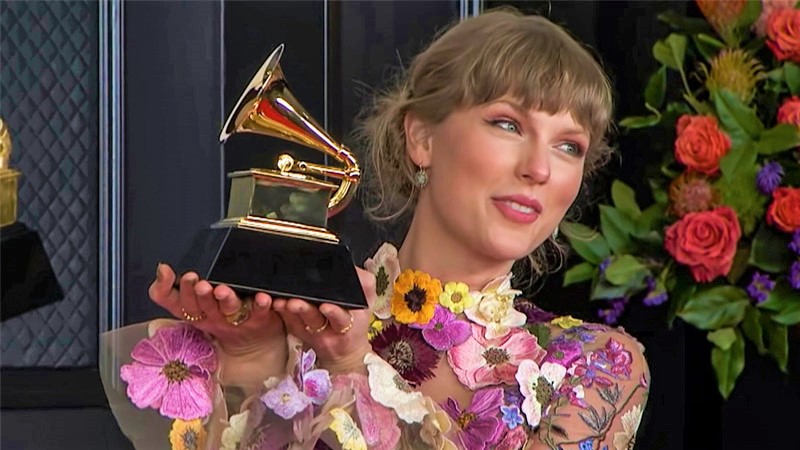 Taylor Swift fans took to Twitter Tuesday night where they lost their collective heads as the singer appeared to drop plenty of hints about her next album during an appearance on The Late Show With Stephen Colbert. Swift is currently in the process of re-recording her old music so she will own the masters, and her fans are now convinced the next album to drop will be a “Taylor’s version” of her 2014 mega-hit, 1989.

This was no regular interview. The whole thing seemed like a mostly scripted setup to allow Swift to drop hints, some subtle, others not at all. Under the guise of arguing over whether or not Swift’s song “Hey Stephen,” off her 2008 album Fearless, was about him, Colbert set up Swift to give long and winding answers that each time led to a 1989 reference.

“‘Hey Stephen’ is not about you any more than my album 1989 is about that year you spent waiting tables on the lunch shift at Scoozi,” Swift said, “an Italian restaurant in the River North area of Chicago that, by the way, serves an incredible slice of pizza.”

Swift also went to great lengths to mention New York City, again making the connection to 1989 as the first song on that album is “Welcome to New York.”

While some fans went deep down the rabbit hole, grabbing hold of even the most minuscule detail of what Swift said, one fan may have, at least, nailed down the date Swift plans to drop “Shake It Off” as a single, or perhaps the entire 1989 (Taylor’s Version) album.

This possible hint came when Swift told Colbert who “Hey Stephen” is (not) really about.

“I’ve never revealed this before to anyone, but “Hey Stephen” is about Stephen King,” Swift told a faux-perturbed Colbert. “He’s amazing. The Dark Towers series changed my life, plus The Shining, The Stand, and don’t even get me started on his short stories. Absolutely luminescent.”