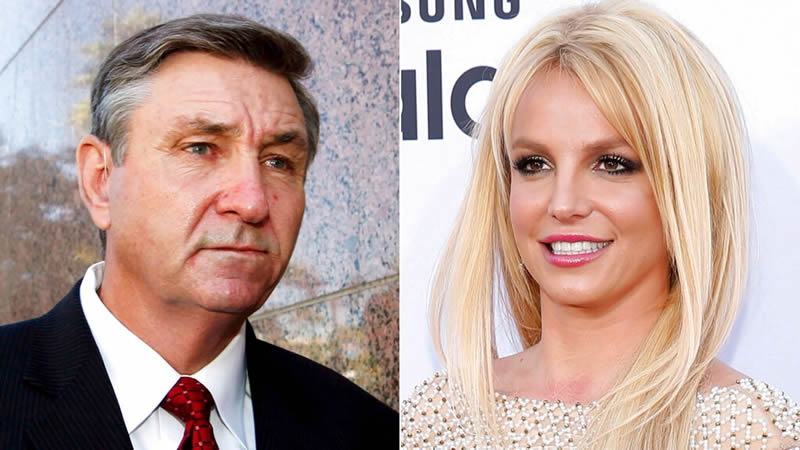 The decision on Britney Spears’ conservatorship is in response to a previous court filing relating to her father, Jamie Spears.

A judge has denied a request by Britney Spears to remove her father as her conservator – for the time being at least.

New documents show that the judge has responded to a request made by Spears’ lawyer Samuel Ingham III in November, at which point he said the 39-year-old star was scared of her father, Jamie, and did not want him to manage her multimillion-dollar estate.

While this previous request to remove her father has been denied, the judge’s decision is not in direct response to the explosive and emotional testimony given by the singer in court last week – as Spears is still yet to officially file a petition to end the conservatorship completely.

In court filings from November, which have previously been made public, Spears said she wanted private wealth management firm the Bessemer Trust appointed as “sole conservator”.

But the new document, filed on 30 June, shows that Judge Brenda Penny refused the request while approving Bessemer Trust’s role as co-conservator.

The legal document states: “The conservatee’s request to suspend James P Spears immediately upon the appointment of Bessemer Trust Company Of California, NA as sole conservator of estate is denied without prejudice.”

However, there will be more to come following Spears’ dramatic testimony in court – a hearing she requested was held publicly after months of many taking place in private.

In a speech given remotely to the court in Los Angeles, the star described the controversial arrangement that has controlled her life for 13 years as “abusive”, and likened the way she is treated to victims of sex trafficking.

Spears claimed that she had been denied any privacy, was not allowed to remove her contraceptive device, and had been stopped from marrying her boyfriend.

“I want my life back,” she told the court.

Spears’ father has been her conservator – giving him control of most of her personal and financial decisions – for the majority of the time since she suffered a mental breakdown in 2008.

Following the star’s evidence, in which she also alleged she was given medication without her consent, the 68-year-old has now filed a petition to investigate her claims – and denied he is responsible for his daughter being unable to get married or have children.

His team has asked the court to “investigate the veracity of the allegations made”, which he has repeatedly denied, saying he only wants the best for his daughter.

Mr Spears also suggested that Jodi Montgomery – who was made his co-conservator in 2019 and put in charge of Britney’s personal and medical decisions, while he remains in control of finances – should be looked into.

In his petition, he claimed to be “concerned about the management and care of his daughter” and said that Ms Montgomery does “not reflect her wishes”.

“Mr Spears is simply not involved in any decisions related to Ms Spears’ personal care or medical or reproductive issues,” the filing states.

“It is unclear whether it is appropriate for Ms Montgomery to serve in that role or for that matter, whether the continued conservatorship of Ms Spears’ person is appropriate.”

It adds Mr Spears has been “cut off from communicating” with Ms Spears but says that when he was overseeing her personal affairs, he supported her decision to marry.

Following Spears’ testimony, she has received support from the #FreeBritney movement as well as many celebrities, including her former boyfriend Justin Timberlake, singer Christina Aguilera, and her sister Jamie Lynn, who praised her for “using her voice”.

Posting on Instagram after the hearing, Spears apologised to fans for not being honest about her feelings over her controversial conservatorship.

In a lengthy message, the singer said she regretted “pretending she was ok for the last two years” but that pride and embarrassment prevented her from admitting the truth.

This drug can reduce daydreaming, fatigue, and brain sluggishness in people with ADHD