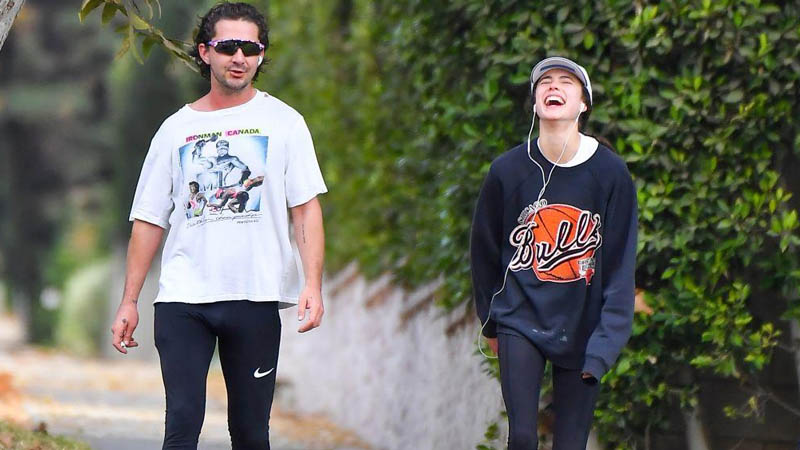 Shia LaBeouf and Margaret Qualley have ended their relationship amid the sexual abuse allegations thrown against the “Transformers” star.

A source told People that the two decided to part ways on Jan. 2 as they are now in different places in their respective lives. Meanwhile, another source shared that Qualley’s decision to end the relationship came after the backlash she received for seeing the actor after he was accused of sexual and physical assault by his former partner Tahliah Debrett Barnett aka FKA Twigs.

“They broke up on Saturday. They’re just in different places in their lives,” People quoted the insider, as saying.

On the other hand, another source told Entertainment Tonight that Qualley’s friends were not surprised by the breakup because the actress was not able to handle all the abuse she was getting for dating the “Fury” actor.

“Margaret’s friends aren’t surprised that the relationship didn’t last. Margaret was getting a lot of hate for dating Shia due to all the abuse claims and she couldn’t handle it,” the source told the media outlet.

The insider also added that the “Once Upon A Time In Hollywood” star wants to focus on her career and not jeopardize it by being in a relationship with Labeouf.

“She didn’t want to risk her own career to be with him. She really did like Shia a lot, but she is over it and knows she has to focus on her own future,” the source said.

The ex-couple started their romance after getting close in the “Love Me Like You Hate Me” music video, which was directed by Qualley’s sister, Rainey. Since then, the duo was seen together on numerous occasions and even packed on the PDA during various outings.

Twigs filed a lawsuit in Los Angeles against LaBeouf, accusing him of sexual battery, assault, and infliction of emotional distress. In an interview with The New York Times, Twigs explained that what she went through with the “Honey Boy” star was “the worst thing” she’s ever experienced.

“What I went through with Shia was the worst thing I’ve ever been through in the whole of my life. I don’t think people would ever think that it would happen to me. But I think that’s the thing. It can happen to anybody,” Twigs said.

How to Deep Condition Your Hair?

Miley Cyrus Shows Off Her Cleavage In Latest Sultry Post, Says Harry Styles Clicked It For Her!