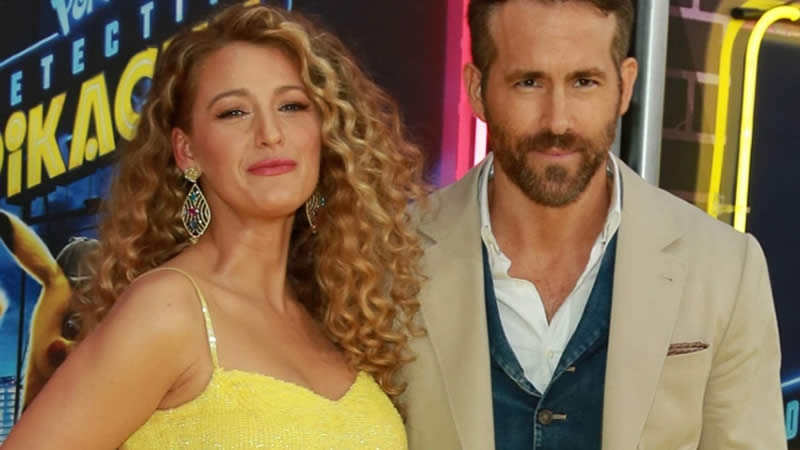 Have Ryan Reynolds and Blake Lively managed to save their marriage from the brink of divorce? One tabloid claims the Green Lantern co-stars hit a “major bump” during the lockdown. Let’s check in on one of Hollywood’s favorite power couples.

Ryan Reynolds And Blake Lively ‘Back On Track’?

This week, OK! reports Blake Lively and Ryan Reynolds’ marriage may look perfect from the outside, but behind closed doors, they’ve been close to throwing in the towel.

“They had a rough time during the lockdown, and there was talk among friends that they weren’t in a good place at all,” an insider dishes. But after putting in the work, the pair managed to avoid a nasty divorce. “Splitting up just wasn’t an option.”

And now, Reynolds is ready to take on more responsibility at home. “He’s putting family first, and Blake is very appreciative,” the tipster reveals. “She’s making an effort again, too, because Ryan’s going the extra mile.

They’ve come out of this stronger and more connected.” Sources say they’re even thinking about setting up a second home base in Nashville to be closer to pals Taylor Swift and Joe Alwyn.

But even more exciting than a second house is the prospect of another baby. “They’re ready for baby number 4, especially Ryan, who’d love to have a boy,” the snitch whispers.

“Rededicating themselves to their relationship and scheduling time to reconnect has breathed new life and passion into their marriage, and it shows. Everyone can see they have that spark again!”

Reynolds And Lively Ready For Baby 4?
This story is a totally warped version of what the Deadpool star himself has admitted: He wants to spend more time with his kids. Back in December, Ryan Reynolds said in an interview, “I don’t want to miss this time with my kids…

You don’t get this time back. And my kids are in school now, so they can’t travel with me to the location. I have to be there. So it’s important and I’m super lucky I get to do it.”

So, the outlet sneakily took this information and framed it as its own exclusive insight into Reynolds and Lively’s relationship. Then the magazine spiced it up with threats of divorce and a possible pregnancy just to give it that dramatic flare. But the truth is, the two have been doing just fine.

Unsurprisingly, both Reynolds and Lively absolutely stunned at the premiere of Reynold’s new film, The Adam Project. And, sure, Reynolds recently decided to take on less work, but we have no reason to believe his hand was forced in that decision.

The Magazine On The Stars
Of course, OK! is constantly missing the mark when it comes to Blake Lively and Ryan Reynolds. Back in 2019, the outlet accused Reynolds of cheating on Lively.

Then the magazine reported Lively and Reynolds were trying to have another baby. And just a few months ago, the publication alleged Reynolds and Lively’s marriage was struggling after constant fighting. Obviously, OK! isn’t reliable when it comes to the couple.

Researchers Reveal Surprising New Way To Use The COVID-19 Vaccine