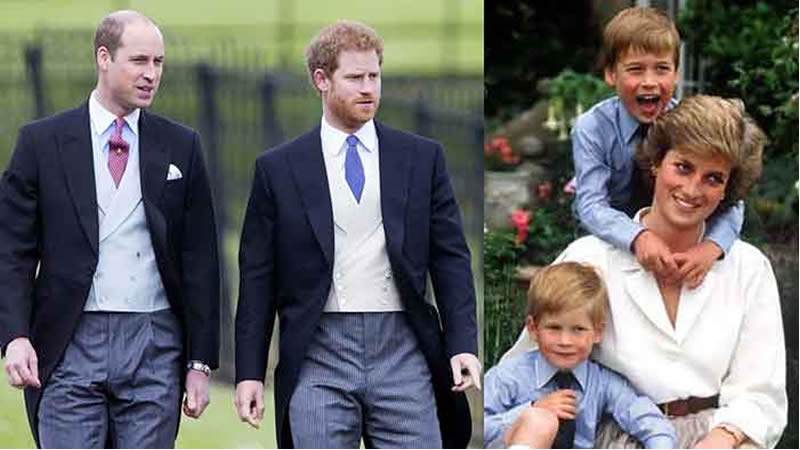 Prince William and Prince Harry reportedly once promised to their mom Princess Diana that they would “always be each other’s best friends”, according to a royal author.

Robert Lacey tried to highlight early years of Prince Harry and Prince William and their relationship as children in his updated book ‘Battle of Brothers’.

The author quoted Simone Simmons, a psychic the Princess of Wales used to consult, saying Diana once made the boys promise to always remain “best friends”.

Simmons claimed the Princess of Wales told her sons: “You must promise me that you will always be each other’s best friends.

“And never let anyone come between you.”

Lacey added: “Both boys promised they would keep to that, Simmons remembers. They high-fived each other and gave their mother a big cuddle.”

“Anybody would have melted at the sight,’ recalls Simmons.

“Then they went out to play soccer.”

William and Harry were 15 and 12 years old, respectively, when their sweet mom Diana lost her life in a tragic car accident in 1997. The young brothers were known for their bond during their childhood and teenage years.

Following Dian’s death, William and Harry went on supporting one another in school and with their royal work. As time went on, the royal brothers began to distance themselves from each other.

Reports of a rift made headlines in 2018 after Harry and his wife, Meghan Markle, opted to move away from Nottingham Cottage in London to Frogmore Cottage in Windsor, England, which is further away from William and wife Duchess Kate’s home in Kensington Palace.

Since the Duke and Duchess of Sussex stepped away from royal duties and moved to America, there has been a huge amount of speculation about the relationship between the two brothers, and whether they have fallen out.

Harry publicly acknowledged the divide between him and his brother during an interview with Tom Bradby broadcasted in October 2019. At the time, he said he and William would always be there for one another but they were now “on different paths”.

According to her biographer Andrew Morton, Diana never foresaw this split. He told a media outlet in April: “She specifically said to me that Prince Harry was William’s wingman.”

Royal fans and well-wishers want to see the two sons of great mom together again. William and Harry are to come together to celebrate Diana’s life and legacy on July 1. People expect the event will help them strengthen their bond as they promised to their mom.