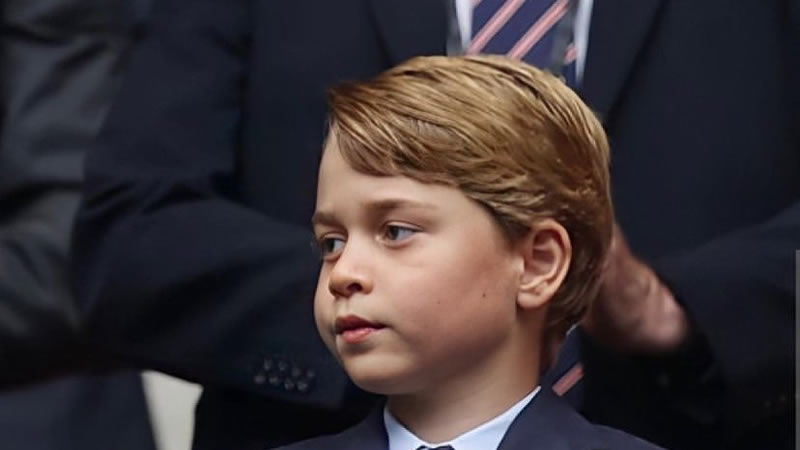 The seven-year-old royal attended the game alongside his father Prince William and mother Kate Middleton and looked very smart in a suit.

Now, royal commentator Charles Rae has said George is likely to be seen more at “fun type events” but the Duke and Duchess of Cambridge will want the appearances to be “carefully monitored”.

Prince George at England football match
Mr Rae told Entertainment Daily!: “George has been in training to be king from the day he was born just like dad William and grandad Charles.

“I think we will see more of George and his siblings at fun type events.

“But William and Catherine will want to be careful that his public appearances will be carefully monitored.”

He added: “We have already seen George, Charlotte and a Louis at family events but the England Germany game was his first big event and he looked as if he enjoyed himself.

“There has been a bit of criticism of the way he was dressed quite formerly, but if you looked in that VIP stand practically everyone was smartly dressed.

“I don’t think George looked out of place at all.”

Viewers loved seeing George at the match yesterday as he cheered on England with his dad.

One person said on Twitter: “Little Prince George matching his Pa in his suit and tie!! My heart has melted!!!”

Another added: “So nice to see Prince George having fun! He looks so cute in his suit.”

However, some people felt he shouldn’t have worn a suit.

One tweeted: “Cute Prince George, but he’s really too young to wear a suit!!!”

This drug can reduce daydreaming, fatigue, and brain sluggishness in people with ADHD