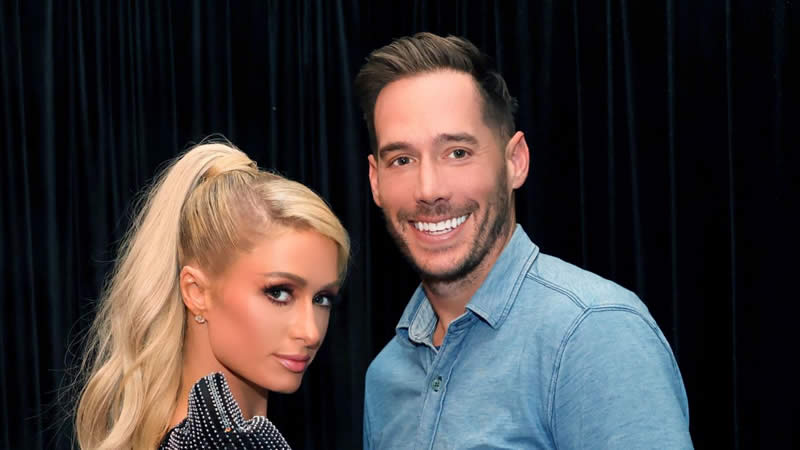 Paris Hilton is enjoying being married to venture capitalist Carter Reum. The heiress raved about her relationship on the Grammy’s red carpet this past Sunday. She also hinted that she can’t wait for babies.

Paris and her husband tied the knot last year in a star-studded affair. Their wedding journey is the feature of the docu-series, Paris in Love. While appearing on the Grammy’s red carpet, Paris opened up about how life has been.

Paris said, “I’m so happy, I love being married… we’re just having the most wonderful time, the best honeymoon, most gorgeous wedding…”

Paris Hilton stuns on the Grammy red carpet. She arrived in a sheer gown, which showcased plenty of skin. The dress was adorned with silver embellishments covering up just enough of her body.

Paris showed up at the event with her husband and was later seen partying with Grammy winner Olivia Rodrigo, who took home the trophies for Best New Artist, Best Pop Solo Performance, and Best Pop Vocal Album.

Paris Hilton and Carter Reum’s marriage
Carter proposed to Paris in February 2021 on a private island while celebrating her 40th birthday, People reported.

Paris married Carter in November 2021. The couple had a three-day wedding, which began with an exchange of vows at Paris’ grandfather’s private estate in Los Angeles.

Then, they threw a carnival-themed event at the Santa Monica Pier. It included a Ferris wheel, games, and music by DJ Diplo. The following day, they held a black-tie dinner.

Their wedding was star-studded, with celebrities such as Demi Lovato and Lance Bass in attendance. After their wedding, Paris, and Carter embarked on a luxurious seven-week honeymoon. The dream honeymoon included visits to Bora Bora, the Maldives, Anguilla, and more.

Paris has a new docu-series, called Paris in Love. The reality series features Paris and her husband’s journey to planning their dream wedding.

The Essential Nutrient For Vision And Eye Health