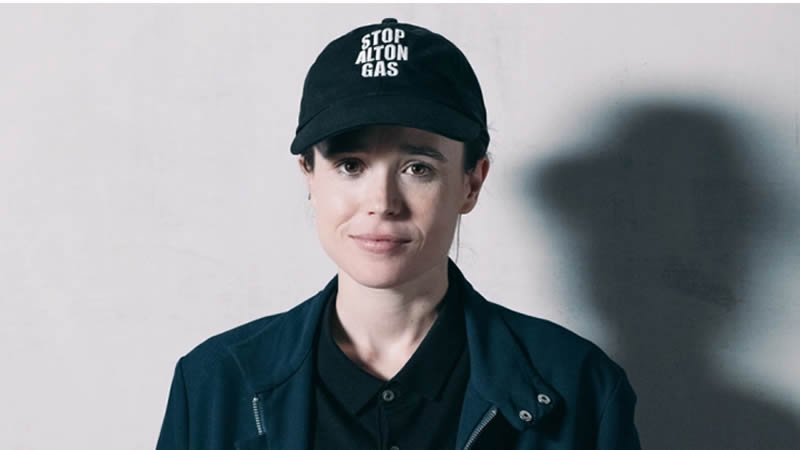 Even during the holidays, Elliot Page has been hitting the gym hard.

Following the food-filled Thanksgiving festivities, the 34-year-old “Umbrella Academy” star turned to Instagram on Sunday to flaunt his six-pack in a shirtless mirror photo.

Page wore nothing but a necklace, black sweatpants, socks, and slippers in the photo, which was taken next to a bed. Page captioned the photo, “Oh good, my new phone works.”

“With your tremendous hotness, you’re going to smash that phone,” said filmmaker Ian Daniel, with whom Page previously collaborated on “Gaycation.”

One fan said, “Elliot, you look beautiful and very happy!!”

Tommy Dorfman wrote, “Brooooo.” “Do you have a new phone?” Awkwafina commented. With a sequence of fire emojis, Rain Phoenix reacted.

Page also published a shirtless selfie on Instagram Story in August, which he looked to have taken from his trailer on the set of a future production. He adorned the snap with a “TGIF” sticker.

Page has been candid about his gender transition and top surgery, sometimes known as a subcutaneous mastectomy, which removes breast tissue from trans men to relieve gender dysphoria.

He previously claimed that he was recovering after undergoing the procedure in December 2020, when he came out as transgender, presented himself as Elliot, and modified his gender pronouns to “he/they” in a March interview with Time.

When Page sat down for an interview with Oprah Winfrey in April, he explained why he was so open about the operation. The treatment, he claims, has not only changed but also saved his life.

“I want people to know that not only has it changed my life, but I also believe it has saved the lives of so many individuals,” he said. “Because there is currently such an onslaught on trans health care, when there is already such a shortage of access or trans persons who refuse to go to the doctor.”

Prince William Is Being Advised To Make Up With Meghan Markle