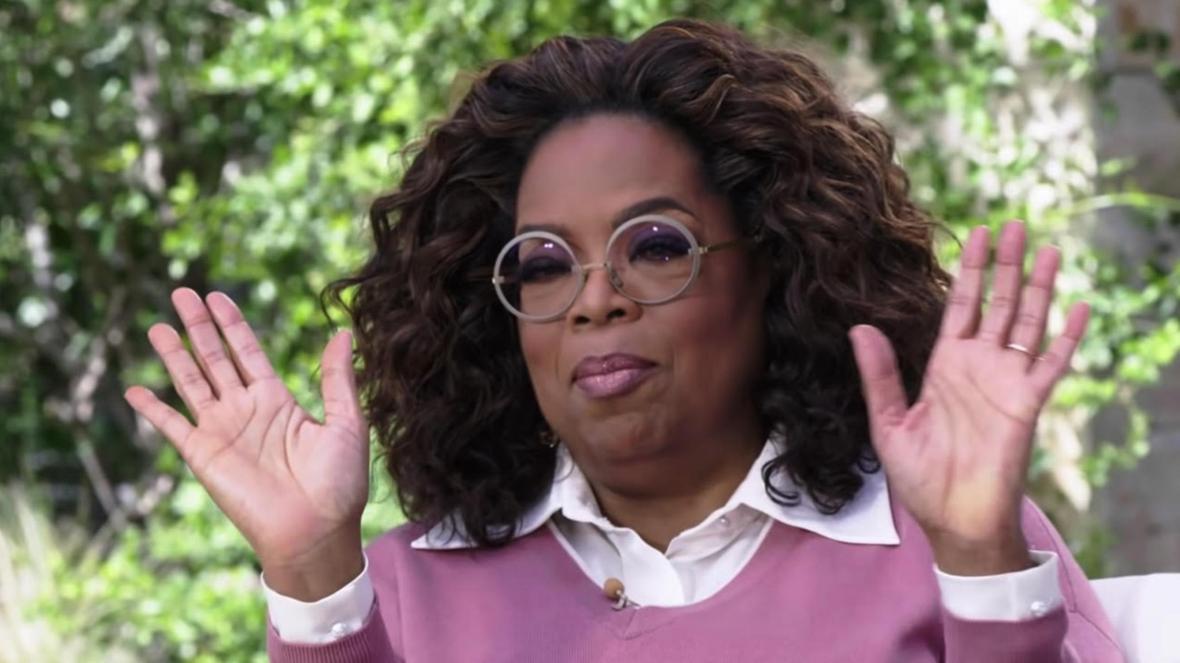 How ridiculous and outrageous do you have to be to actually SHOCK Oprah?

It’s been one month since Meghan Markle and Prince Harry’s explosive tell-all interview with Oprah Winfrey about the British royal family, but the ripple effects from it are still reverberating all over the world. Now, Oprah is saying that she was “surprised” that Meghan went “all the way there” with her claims of racism against the royal family.

“I had no idea that it would have the reverberating impact that it has had and continues to have,” Oprah said while appearing on Nancy O’Dell’s new TalkShopLive streaming show. “Our shared intention was the truth. They wanted to be able to tell their story and tell it in such a way that allowed them to be as truthful as possible.”

Oprah added that she was “surprised” when Meghan, who is biracial, claimed that royals had raised concerns over the darkness of baby Archie’s skin.

“What? You’re going there? You’re going all the way there,” Oprah recalled. “The reason why it was such a powerful interview … was when you have somebody else who is willing to be as open, as vulnerable, as truthful as they were.”

Oprah also talked about the efforts that were made to ensure that no one in the crew leaked the content of the more than three-hour interview before it went to air so that the couple’s remarks couldn’t be “misconstrued.”

Former Shadow Home Secretary Diane Abbott, the first black member of Parliament, told Vanity Fair that the monarchy “as we know it will last as long as the queen is alive” because of Meghan’s claims of racism and mistreatment from within the royal family.

Abbott went on to say that after the Queen dies, “I think there will be a big public debate … and I think what the royal family and their advisers did with Meghan will be part of the argument for change.”

Abbott then predicted that a debate could even get to the parliament floor, with a “clamor to look at the current arrangement and maybe move to a more Scandinavian monarchy, where you don’t have all the pomp and ceremony.”

Meanwhile, royal expert Anna Pasternak believes that the claims made by Meghan may stop Prince Charles from ever becoming king.

“I’m not 100 percent sure that we will see Charles ascend to the throne,” Pasternak said. “The Sussexes have sparked something so fundamentally incendiary in this country that it is changing the face of Britain, and I think the monarchy as an archaic institution may well topple.”